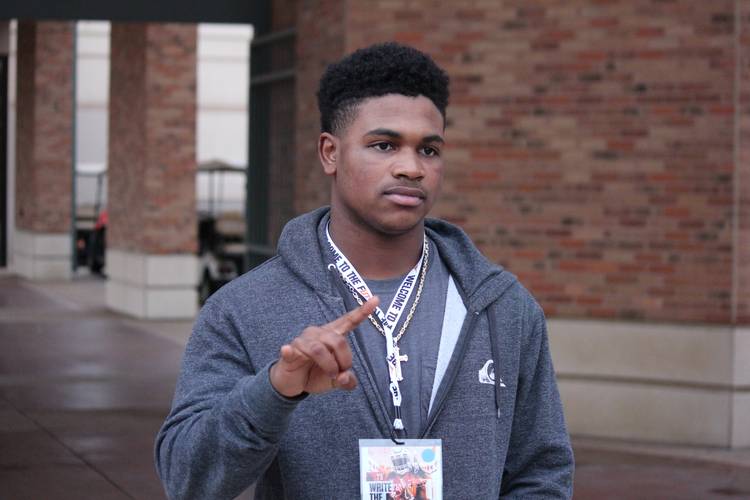 Katy running back Deondrick Glass included Texas among his top 10 schools on Friday afternoon. The four-star athlete is the in-state running back to hold an offer from the Longhorns. TCU, Ohio State, Michigan and Oklahoma were among his list of favorites. Glass, a former high school teammate of current Longhorn Kyle Porter, visited Texas for a junior day.

Sorry for the wait!!! here's my TOP 10 pic.twitter.com/UYkbnApdDA

In his three-year varsity career, Glass has rushed for 4,230 yards and 70 touchdowns. He split carries with Porter as a freshman while Katy stomped its way to another state championship. The role of No. 1 running back became Porter’s as a sophomore and junior. He’s rushed for more than 1,600 yards and 25 touchdowns in his past two seasons as the starter.

Texas’ top targets at running back are a pair of IMG Academy teammates in Trey Sanders and Noah Cain. Glass is No. 18 on the initial 2019 Fabulous 55. At 5-10 and 190 pounds, Glass is a big-bodied running back who can handle a large workload and gain tough yardage between the tackles. He’s also a quality receiver and pass blocker.