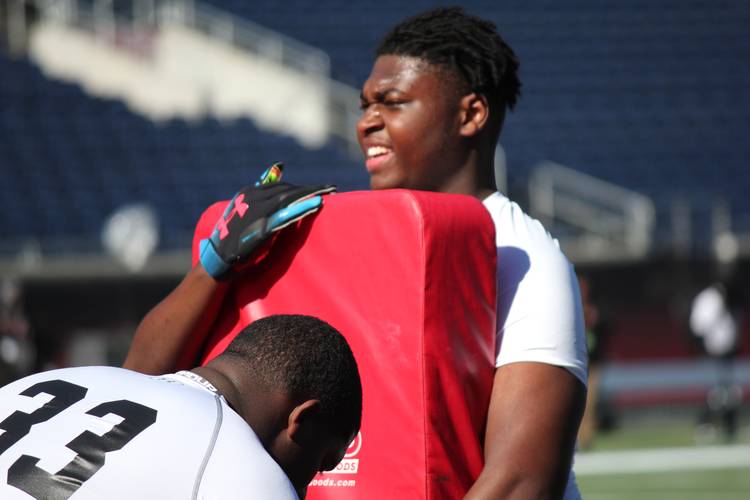 Texas’ pursuit of offensive linemen in the 2019 class involves Atascocita star Kenyon Green. The No. 4-ranked player on the initial 2019 Fabulous 55 released his top five Friday on Twitter, including powers like Texas, Texas A&M and LSU. The five-star offensive tackle is the No. 1 player in Texas per 247Sports Composite.

Green is a 6-foot-4, 317-pound mauler. He’s been considered the best offensive line prospect in Texas for the past two years, stepping into the spotlight as a junior. He was a MaxPreps Freshman All-American in 2015 and the District 21-6A Newcomer of the Year as a sophomore. Green was named first-team all-state in Class 6A by the Texas Sports Writers Association.