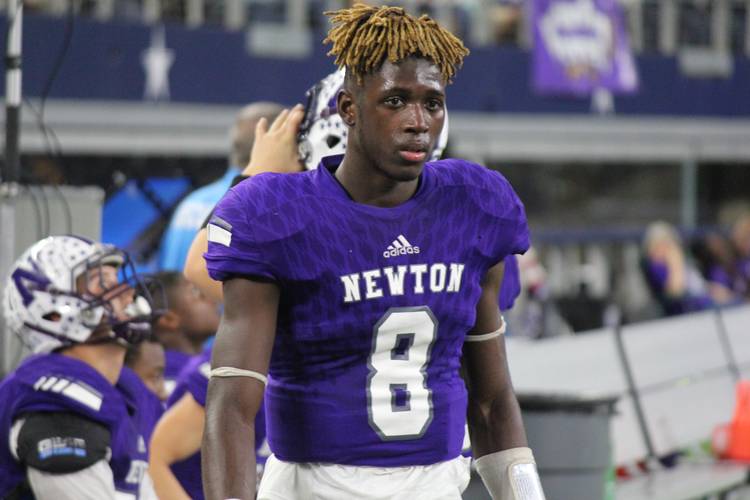 Newton High School teammates Tamauzia Brown and Darwin Barlow pledged to TCU on Thursday night. Brown, a four-star athlete, became the top-rated member of the 18-man 2019 class for Gary Patterson and the Horned Frogs. Barlow is a three-star and becomes the second running back on the Fabulous 55 to join the class. Brown and Barlow are both on the Fab 55.

Newton won a Class 3A Division II state championship in 2017 and is favored to repeat thanks to the return of stars like Brown and Barlow. Barlow ran for 2,246 yards and 38 touchdowns as a junior. Brown, who plays wide receiver and cornerback, scored 18 touchdowns and registered 12 interceptions. TCU’s class now ranks No. 27 in the nation and third in the Big 12.

Andrew Jones winning battle vs. leukemia; ‘Looking forward to being back on campus’ at Texas