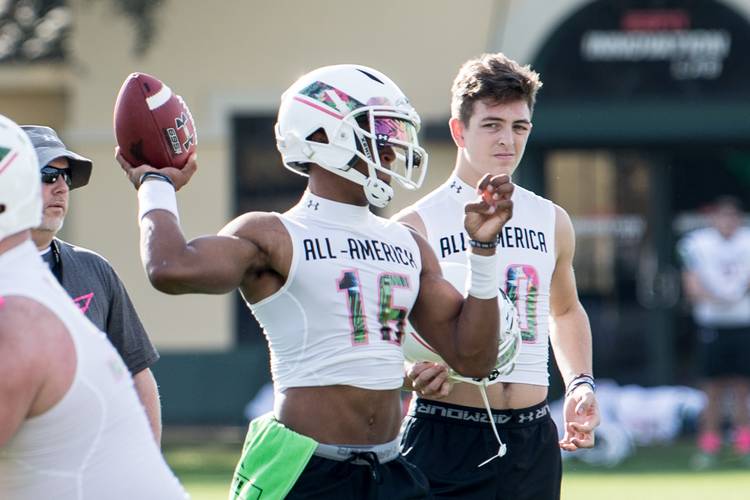 Five Texas signees participated in the Under Armour All-America Game on Thursday in Orlando. All five of the players signed national letters of intent with the Longhorns. Four-star wide receiver Marcus Washington caught two touchdowns, including the game-winner for Team Ballaholics.

Washington and four-star cornerback Kenyatta Watson II were on the same team. Washington scored the game’s first score early in the second quarter. He added the game-clincher with less than five minutes left in the game to give his team a 28-27 lead.

Four-star dual-threat quarterback Roschon Johnson started for Team Flash and was the most consistent quarterback in the contest despite throwing an interception. He was joined on Team Flash by four-star tight end Brayden Liebrock and four-star inside linebacker David Gbenda.

No. 9 in 2019: Texas WR Collin Johnson will return to the Longhorns for his senior season