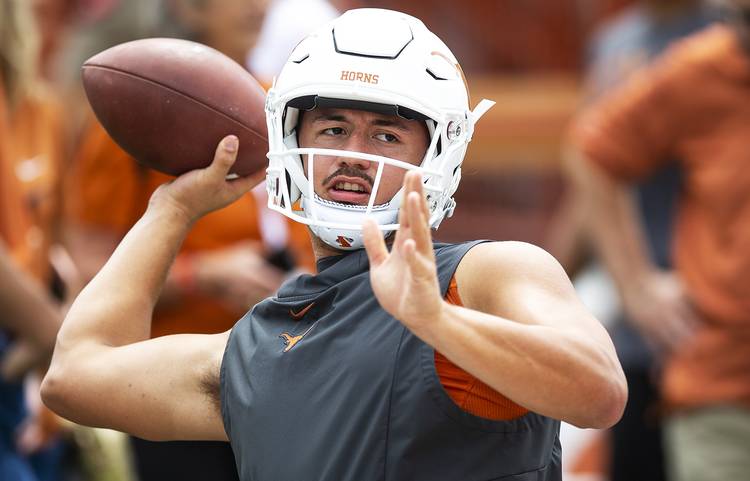 Rising will likely have to sit out next season due to the NCAA’s transfer rules. Since he used a redshirt at Texas this past fall, Rising will be available for three seasons starting in 2020.  Tyler Huntley, who was the Utes’ leading passer this past season, is heading into his senior season at Utah while Jason Shelley started four times as a redshirt freshman in 2018.

“I can’t change the direction of the wind, but I can adjust my sails to always reach my destination.” Go Utes! pic.twitter.com/HRu18tDZCQ

Rising enrolled early at Texas and was used as UT’s third-string quarterback for much of this past season. He never appeared in a game, which left last spring’s team scrimmage as his only public outing in a Texas uniform. During the Orange-White spring game, Rising threw for 57 yards while completing six of his nine passes.

In December, Rising re-opened his recruiting when he entered his name into the NCAA’s transfer portal. Texas coach Tom Herman publicly expressed a desire to keep Rising in Austin, and the quarterback traveled with the Longhorns to the Sugar Bowl. Rising reportedly took an official visit to Utah earlier this month, and UT confirmed on Jan. 16 that he was no longer with the team.

The 6-2, 230-pound Rising was regarded as a four-star prospect when he signed with Texas. UT flipped Rising from a previous commitment to Oklahoma, and 247Sports also reported offers from schools like Alabama, Michigan and Oregon. Rising was regarded as the 11th-best pro-style quarterback in the 2018 recruiting cycle. Of the quarterbacks ranked ahead of Rising, only Clemson’s Trevor Lawrence and USC’s JT Daniels made a start this fall.

The official separation between Rising and Texas leaves UT with questions to be answered among the quarterbacks on its depth chart. Both junior Shane Buechele and freshman Casey Thompson have placed their names in the transfer portal, but either player could return. Last month, Herman said he expected to have the aforementioned three quarterbacks plus incumbent starter Sam Ehlinger and 2019 signee Roschon Johnson available for Texas’ spring practices.