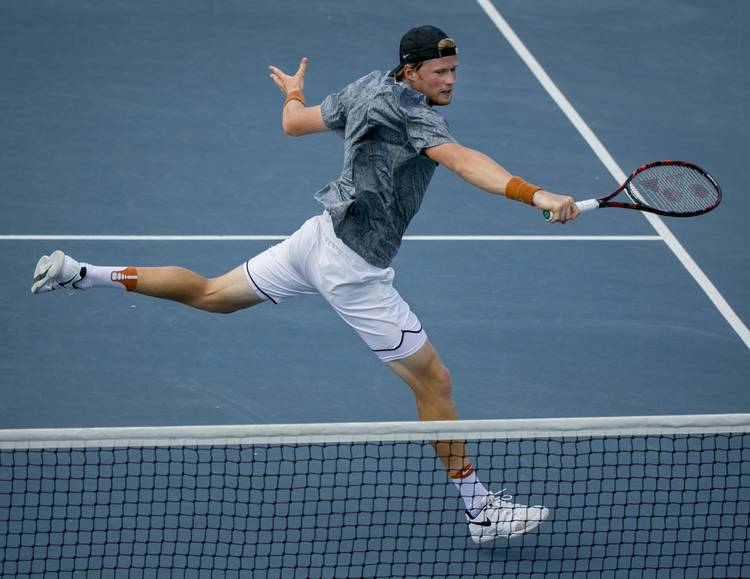 The win makes the Longhorns 3-0 on the season with a championship match coming up Saturday.

Texas took the doubles point with a pair of 6-3 wins. Yuya Ito and Chih Chi Huang teamed up to defeat Kawika Lam and Kasper Smith. Colin Markes and Leonardo Telles clinched the point with a win over Ewen Lumsden and Enzo Sommer.

In singles competition, No. 4 Christian Sigsgaard cruised to a 6-0, 6-1 win over Sommer to put the Longhorns up 2-0. Sigsgaard started the match winning 10 straight games before Sommer earned his lone victory.

The Longhorns next will face Miami in the championship match at 2 p.m. Saturday at the Texas Tennis Center. The winner will head to the ITA National Indoor Championship in Chicago beginning Feb. 15.