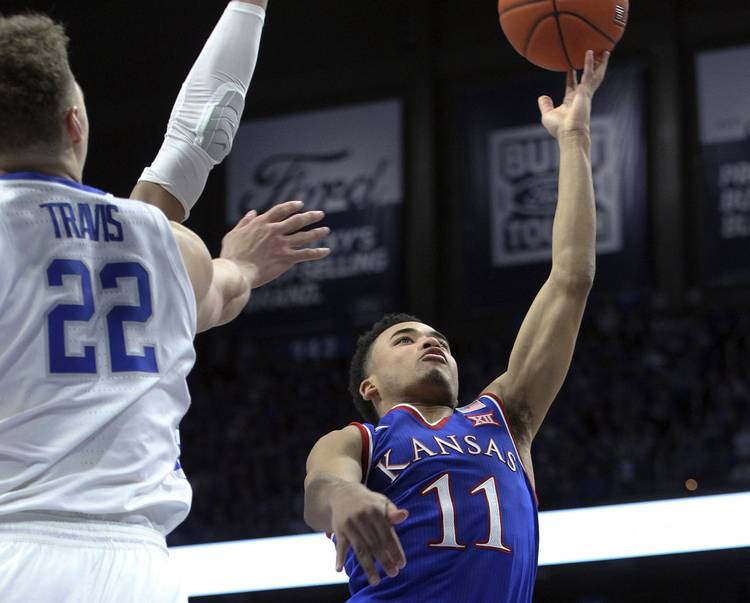 About the series: Kansas leads the all-time series 32-8. The Jayhawks are the only Big 12 school that UT coach Shaka Smart has yet to beat. The Longhorns have lost 10 straight and have not won since an 81-49 home victory in 2014.

About the Longhorns: Freshman Courtney Ramey had the best outlook after Saturday’s loss at Georgia. “We can’t dwell on this loss,” Ramey said. “We’ve got to move past it.” After all, he’s a freshman who just enjoyed his best offensive performance of the year. Ramey had 19 points and was 5-for-8 from 3-point range against the Bulldogs. Coach Shaka Smart said the Horns tried to use a zone to stop Georgia’s 3-point shooting, but it wasn’t enough. “That slowed them down a little bit,” Smart said. “But coming out of halftime, they really were the aggressors on the offensive end.” Opponents are now shooting 35 percent overall from long distance against Texas. It’s the highest total in the Big 12, just fractionally worse than West Virginia (34.9).

About the Jayhawks: Sophomore guard Marcus Garrett from Dallas Skyline was considered a good player but one who hadn’t totally blossomed just yet. He went wild against Texas earlier this month, getting a career-high 20 points on 8-of-11 shooting and just being a defensive menace. He’s followed that with 15 points against West Virginia and 16 against Iowa State. Then, he went 1-for-9 against Kentucky. The ball got stuck against the Wildcats. KU had just nine assists, its second-lowest total of the year, and shot a season-low 36.5 percent overall. Freshman Quentin Grimes had 13 points, his first double-digit scoring performance in the last six games. Lagerald Vick (.455) currently ranks second in the Big 12 in 3-point shooting.

‘I’ll be ready for it’: Matteo Bocchi is feeling confident as Texas remakes its pitching staff