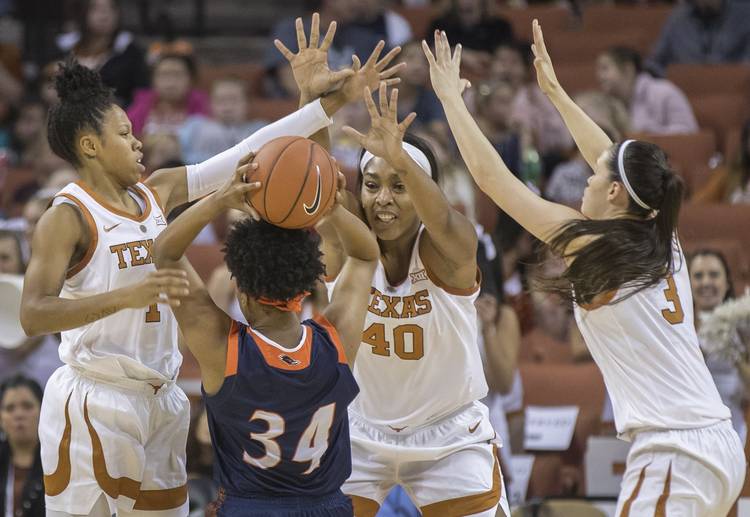 West Virginia had a big advantage in 3-point shots made (7-1) and the Mountaineers profited from 21 Texas turnovers.

Texas trailed by 14 points in the third quarter before Sug Sutton started a Longhorn comeback. A White jumper with 6:40 to play pulled Texas within 51-49.

The Horns would get no closer.

Texas freshman guard Audrey Warren did not play. She suffered a concussion in Saturday’s victory at Texas Tech.

Texas will continue its Big 12 schedule against Oklahoma at 3 p.m. Saturday in Norman. The next home game will be against top-ranked Baylor at 6 p.m. Monday.

NOTES: Texas is not getting much respect in ESPN’s weekly bracketology for teams projected to reach the NCAA Tournament. The Longhorns are given a No. 7 seed in the Starkville, Miss., regional. Curiously, Iowa State, a team that Texas beat on the road earlier this month, is given a No. 4 seed.

Teams that are chosen as the top 4 seeds from the 4 regionals — 16 total teams — receive home-court advantage in the first two rounds of the NCAAs.