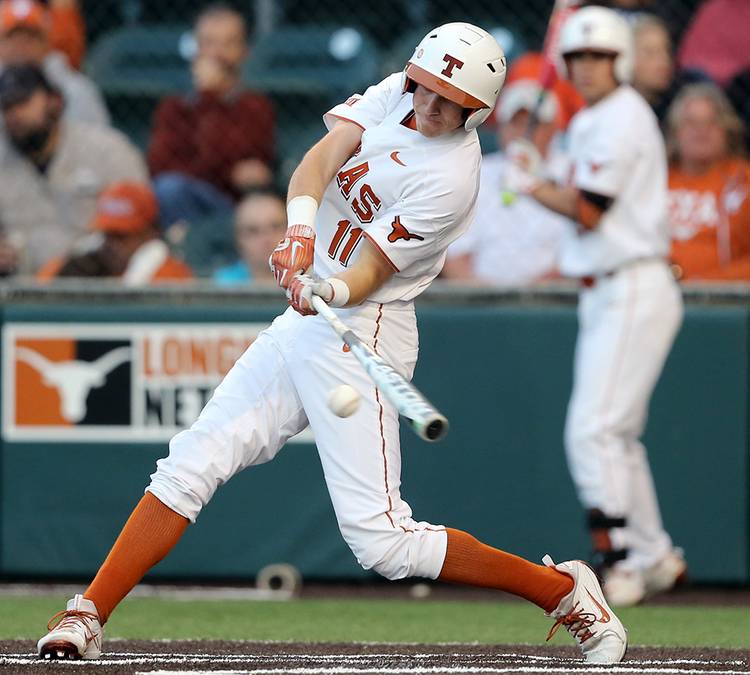 Over seven months have passed since Texas’ last baseball game, but Duke Ellis and Zach Zubia have maintained their reputations in the Big 12.

Ellis, a junior outfielder, and Zubia, a sophomore designated hitter, were named to the Big 12’s preseason baseball team on Wednesday. Five of the 18 honorees play at Texas Tech, and two additional Red Raiders were selected as the conference’s top freshman and newcomer. All nine teams were represented on a preseason honor roll that was chosen by the conference’s coaches.

Last season, Ellis and Zubia were both voted on the first team of the Big 12’s all-conference team.

Last, but most definitely not least, introducing the 2019 #Big12BSB Preseason All-Big 12 Team (click to expand for the full team).👇

A transfer from Panola College, Ellis hit .289 with 27 RBIs and 39 runs scored during the 2018 season. His 16 steals ranked second among the Longhorns. Fifty of Ellis’ 58 hits were singles, none more important than a key infield single in a late-season win over TCU.

Zubia crushed 11 home runs during his first season of collegiate baseball. Used primarily as a designated hitter by a UT team that went 42-23 and reached the College World Series, Zubia reached base in 41 straight games at one point during the 2018 season.

Texas’ annual alumni game is set for this upcoming Saturday. The Longhorns will travel to the University of Louisiana at Lafayette for its season opener on Feb. 15.