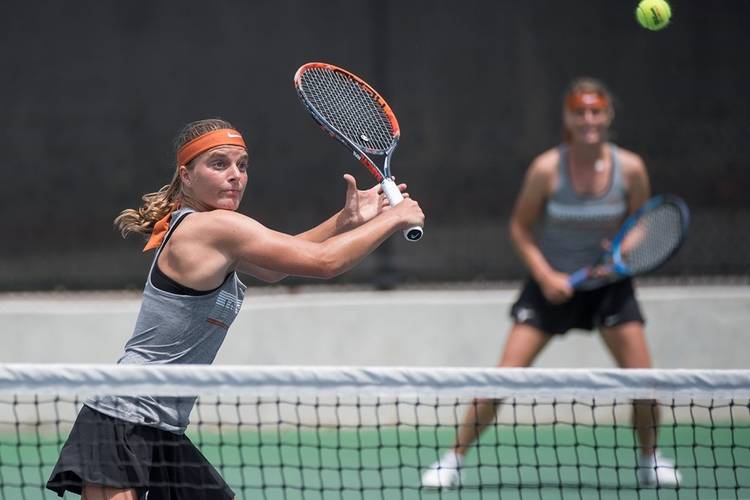 Bianca Turati sealed the team win with a 6-1, 5-7, 6-2 singles victory over Shiori Fukuda.

The No. 6 Longhorns took the doubles point early, but had to win two late singles contests to win the match.

Turati and Anna Turati cruised to a 6-0 win before Katie Poluta and Tijana Spasojevic won 7-6 (10) to earn the doubles point.

Ohio State fought back after that, taking the next two singles contests to make it 2-2.

A final singles win by Ohio State set the stage for Turati to take the last singles match.

The Texas women’s tennis team next takes on Michigan Sunday at 11 a.m. on the road.