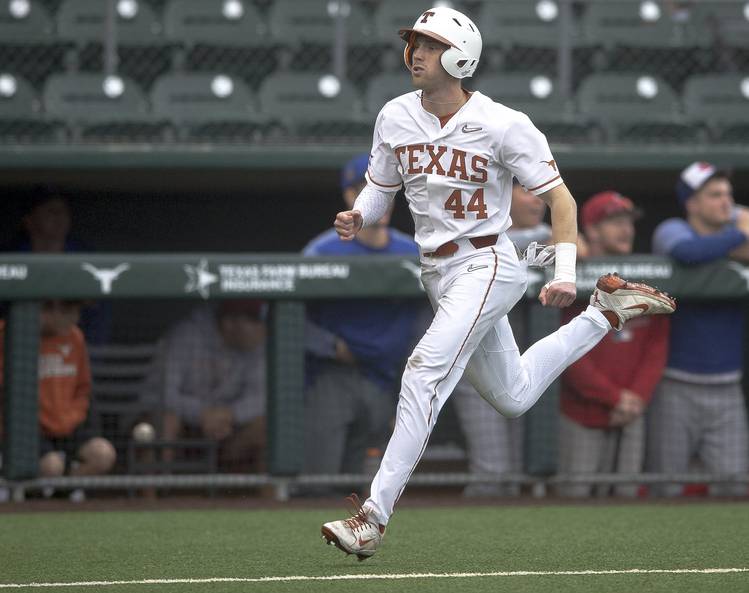 At its annual alumni game this past weekend, the line-up card wasn’t the only place where Texas’ baseball team showcased a new look.

Fans at UFCU Disch-Falk Field got a look at the Longhorns’ new white and orange jerseys on Saturday. Catcher DJ Petrinsky and outfielder Duke Ellis have also modeled the new threads on Texas’ Twitter and Instagram accounts. Additionally, UT will add new cream, pinstripe and throwback jerseys to its wardrobe this season.

One noticeable difference in the jerseys is the removal of the black shadowing on the lettering and numbers. Texas coach David Pierce told reporters this weekend that the Longhorns are among the Nike-dressed programs that got new jerseys this year. Said Pierce of the jerseys: “They’re the best in the country. They’re beautiful and the kids love them and they’re really, really light.”

Texas is not the only school in the state that is trying to look good and play good this spring. TCU and Texas A&M have also recently unveiled their new jerseys. One year after it went 4-1 against its fashionable foes, Texas will travel to TCU for three games in late-March before hosting Texas A&M on April 2.

Style is a way of saying who you are without having to speak. #FrogSwag pic.twitter.com/I2Qb0s1nwm

Flip the switch, flip the script. 🔥