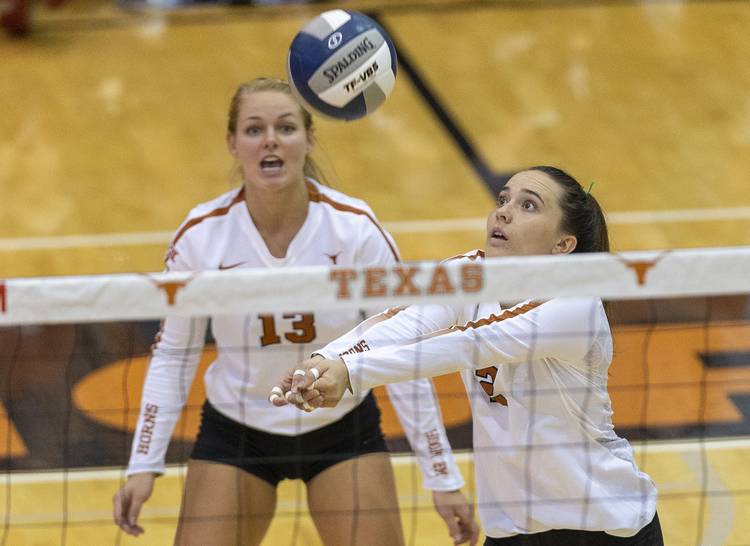 Texas announced on Thursday that its volleyball team will scrimmage four times this spring.

The Longhorns will host both North Texas and Texas State in the upcoming months. The Mean Green will clash with the burnt orange on March 26.  On April 4, Texas is set to host Texas State.

For those Longhorn fans that like to travel, the two spring scrimmages that UT must leave Austin for are also of interest. Texas will head to Hawaii on March 22 in what will be a homecoming for Honolulu-raised setter Jhenna Gabriel. The Longhorns are also set to appear in College Station on April 12.

This fall, UT is set to return 12 players from a team that went 23-5 and reached a regional final in 2018. High school recruits Skylar Fields and Molly Phillips signed with the Longhorns in November.