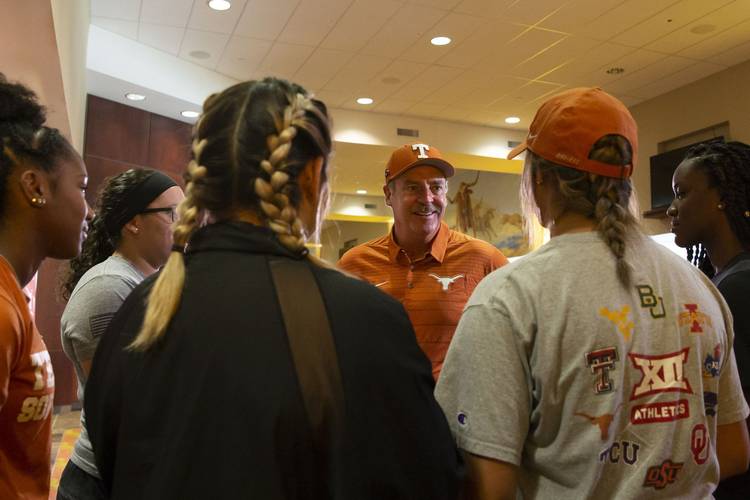 As part of its Texas Classic, UT originally had five games slated for this weekend. Starting at 10 a.m., the Longhorns will now play three times on Saturday. Only one game against Boston College is on Sunday’s schedule.

In Friday’s first game, Boise State outlasted Boston College and a 90-minute delay in an 8-0 win. Ironically, those two schools’ football teams had their showdown in the Dallas-based First Responder Bowl wiped out by weather this past December.

Read more: With expectations raised, Texas softball is ready to open a new era (and season)

White was set to make his debut with the Longhorns on Friday. This off-season, he was hired away from Oregon after producing 435 wins and five trips to the Women’s College World Series over his nine seasons with the Ducks. Four transfers from Oregon joined White, who inherited 13 returnees from a team that went 33-26 in 2018.

Texas was ranked 16th in the preseason polls comprised by both USA Softball and the NFCA.