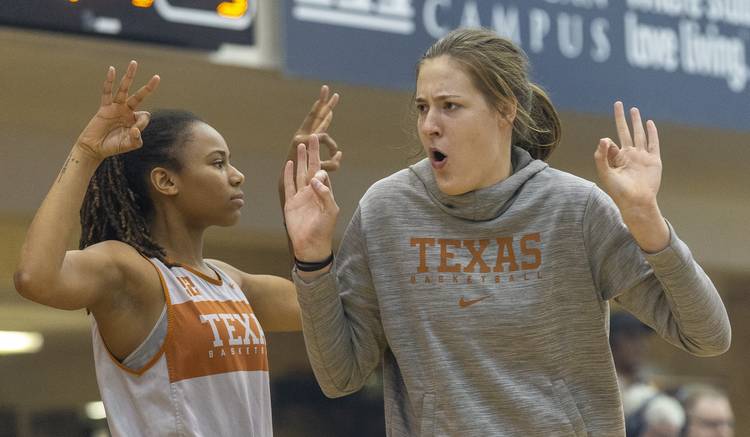 Sedona Prince has missed the entire season after fracturing her right leg during the summer in Mexico. [Stephen Spillman for Statesman]

Texas women’s basketball freshman Sedona Prince successfully underwent an additional procedure on her lower right leg on Tuesday. Prince will miss the remainder of the 2018-19 season for the Longhorns, according to university officials.

The 6-foot-7 post sustained a lower right leg fracture on Aug. 4 while competing for the United States U18 Team at the Women’s Americas Championship in Mexico City. She had surgery upon her return to Austin.

“Being a member of the University of Texas basketball program has and continues to be the fulfillment of a lifelong dream for me,” Prince said. “While I am disappointed that I will not get to play for the Longhorns in my freshman season, I am looking forward to focusing on my rehab and my academics, and I am extremely excited about being back on the court with my teammates.”
Prince has attended every Longhorns game and usually sits on the bench. She also competes during daily practice in light drills. A McDonald’s All-American while at Liberty Hill High School last year, she should have four years eligibility when the Longhorns convene in October for the 2019-20 season.