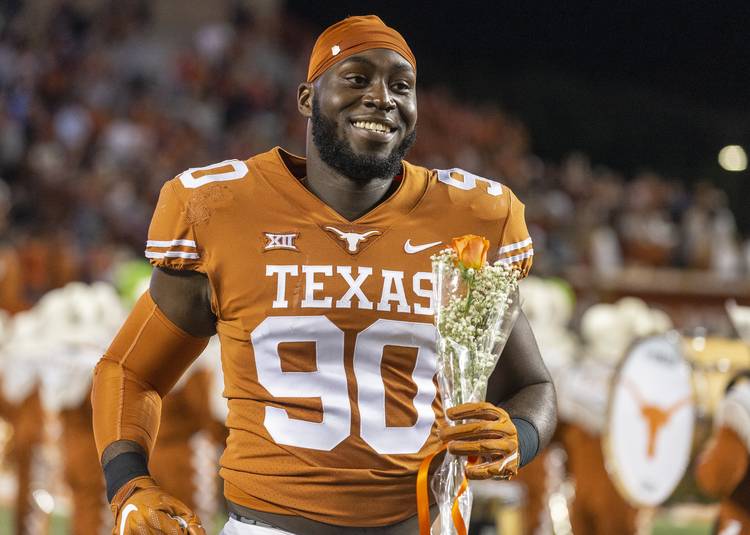 On what grades one NFL draft guru gives the Longhorns:

Checked in with NFL draft expert Lance Zierlein, who’s got his early draft grades for some Big 12 names. He has OU quarterback Kyler Murray as a first-rounder, listing his strengths as “twitchy ball-handler” and “most elusive pocket target rushers will ever see” and weaknesses as “severely undersized” with “mechanical inconsistencies that can cause his throws to sail.” He considers Texas defensive end Charles Omenihu a third- or fourth-round pick who would be a backup or special teams player, saying he “lacks football instincts and grit” but has an “NFL-ready frame.” Of course, people have been undervaluing Omenihu for a while now. Zierlein has Texas wide receiver Lil’Jordan Humphrey as a Day 3 choice in Rounds 4-7 but could improve to Day 2 (Rounds 2 and 3) if he runs under 4.6 in the 40. Cornerback Kris Boyd is listed as a Day 2 pick, maybe as a safety. He thinks Boyd plays “with a toughness and an attitude” but has a “slow, clunky backpedal and is prone to pass interference.” I think Boyd will have a terrific career.

On what seeding the Longhorns will have in the NCAA tourney:

Joe Lunardi currently has the Longhorns penciled in as a No. 9 seed facing Syracuse with a likely second-round date with Gonzaga, which sounds about right. Not that Smart wants his players focused on that. “I encourage them to stay off that stuff, but these guys have grown up with that stuff. Five years ago, we banned our guys from Twitter. It’s a different time now. They live a large portion of their lives through their phones.”

For the rest of Kirk’s 9 Things, including his thoughts on former Oklahoma coach Bob Stoops returning to the sidelines and an update to the upcoming Dell Technologies Match Play Tournament, click here.