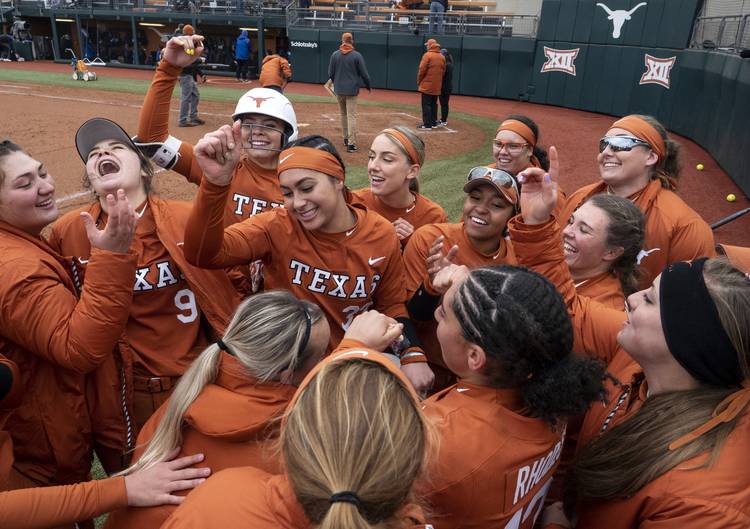 The Texas softball team got on the scoreboard early and finished strong in a 10-0 win over California in five innings at the St. Pete/Clearwater Elite Invitational in Clearwater, Fla. Thursday.

The win makes the No. 11 Longhorns 5-0 with four run-rule victories as they’ve scored at least seven runs in each game thus far.

Texas had 11 hits in the contest, with four going for extra bases. They scored twice in the first inning and, after a scoreless second frame, added eight more runs over the final three innings.

Shannon Rhodes went 1 for 2 with a home run, her first as a Longhorn, and three RBIs. Janae Jefferson went 3 for 3 with two runs scored and two RBIs. Kaitlyn Washington also drove in two runs as she went 2 for 4 with a run scored and a double.

Miranda Elish improved to 2-0 after allowing three hits and striking out five in her second straight shutout.

Zoe Conley had a rough start, allowing two runs early to the Longhorns. She fell to 1-2 for Cal after allowing seven runs on seven hits through 3 2/3 innings.

The Longhorns next face Florida Atlantic Friday at 11:30 a.m. before taking on LSU at 3 p.m. at the invitational.