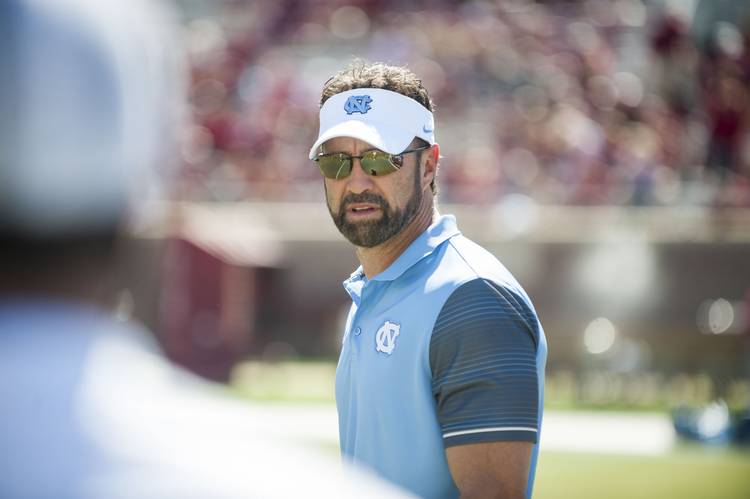 Head coach of the North Carolina Tar Heels Larry Fedora watches his team before the game against the Florida State Seminoles at Doak Campbell Stadium on October 1, 2016 in Tallahassee, Florida. (Photo by Jeff Gammons/Getty Images)

Texas has hired former North Carolina head coach Larry Fedora to be an analyst, according to Orangebloods. The university would not confirm the report.

Fedora was fired in November 2018 after seven seasons with the Tar Heels. During that time, North Carolina went 45-43 and played in four straight bowls from 2013-16.

Former head coaches have carved themselves quite a niche as analysts after leaving their previous schools. Most coaches are paid handsomely after getting fired. Fedora’s contract at UNC had a $12-million buyout and runs through 2022, for example.

By taking a job as analyst, which normally pays $25,000, Fedora could help Herman’s staff dissect game film, help around the office and wait for his next opportunity. Analysts are not considered full-time staff members. NCAA rules allow for only 10 full-time assistant coaches.