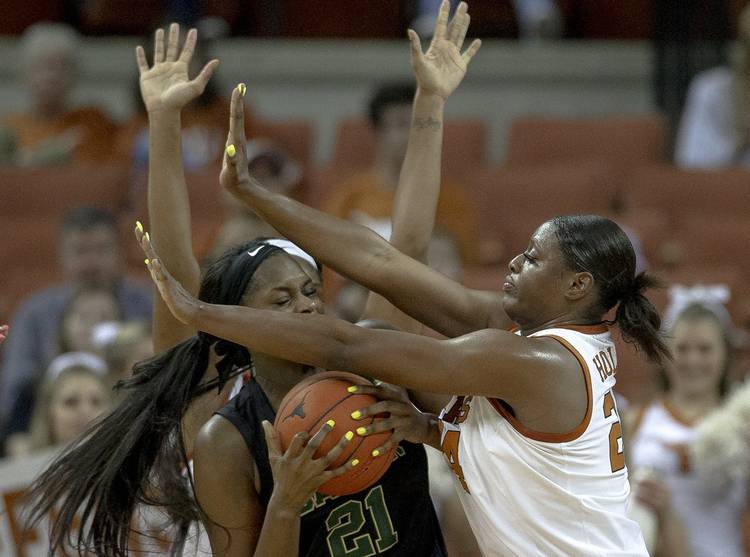 Texas’ downfall coincided with the departure of Joyner Holmes, who missed the final eight minutes of the second quarter after collecting her second foul.

Texas went scoreless in the final 7:26 of the half.

This was UT’s lowest point total of the season. The previous low came in a 67-49 loss to Mississippi State.

On one positive note, Texas owned a 46-44 rebounding edge in rebounds. It was the first time Baylor has lost the battle of the boards this season.

NOTE: Baylor swept the two-game set against Texas, winning 74-68 earlier this month in Austin. … The Big 12 championship tournament is March 8-11 in Oklahoma City.