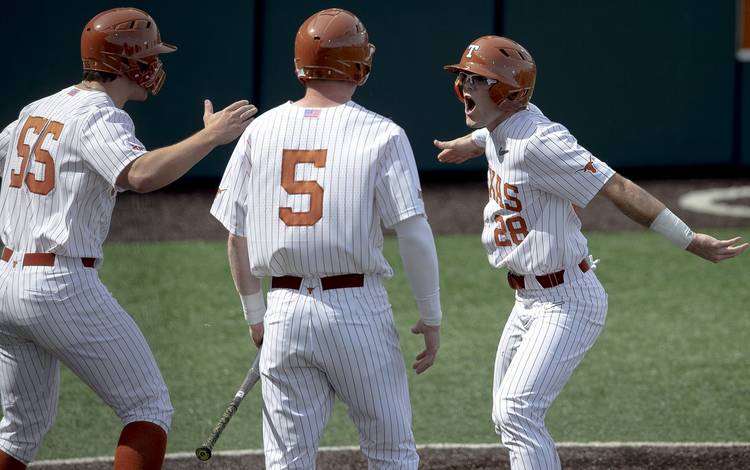 After climbing a spot in the national rankings, Texas will get a chance to impress the voters this week.

On Monday, Texas moved to No. 22 in the D1Baseball’s national poll. Ranked 23rd in D1Baseball’s last poll, Texas went 4-1 during a week in which it won an 11-4 decision at Rice and took three of its four games against Purdue.