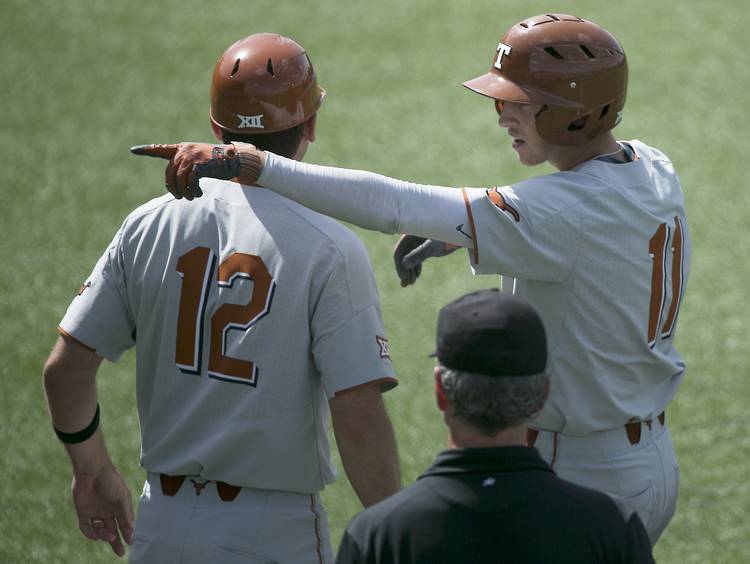 Ranked 22nd in the D1Baseball poll, Texas took the first game of this weekend’s three-game series with No. 2 LSU on Friday.

Texas and LSU exchanged early gifts as Tiger outfielder Zach Watson scored on a first-inning wild pitch before Tate Shaw tied the score in the third inning on a bases-loaded walk. One inning after forcing a tie, Texas gained the lead on a two-run shot by junior Duke Ellis. It was the second homer in a Longhorn uniform for Ellis, who joined the team before the 2018 season.

Texas added five insurance runs after the seventh-inning stretch. That was enough offense to support starting pitcher Bryce Elder, who entered the game with a 0.64 ERA. That number dipped to 0.44 after the sophomore right-hander allowed one unearned run over 6 2/3 innings. Elder struck out seven Tigers.

Texas improved to 8-3 with the victory. After winning its first eight games by a score of 92-43, LSU suffered its first loss of the year.

NOTABLE NUMBER: 2. With four hits and one run, LSU was held to two season-low totals on Friday. LSU was ranked fourth nationally in both batting average (.346) and scoring (11.5). Elder and classmate Kam Fields, who issued two walks over his 2 1/3 innings of relief, combined to shut down the Tigers.

UP NEXT: LSU will attempt to even this series at 3:30 p.m. on Saturday afternoon. One year after he led Texas to an 11-1 win over the Tigers, RHP Blair Henley (1-0; 8.31 ERA) is expected to start against LSU RHP Landon Marceaux (1-0; 4.76). Texas has already announced that this game at UFCU Disch-Falk Field is sold out.