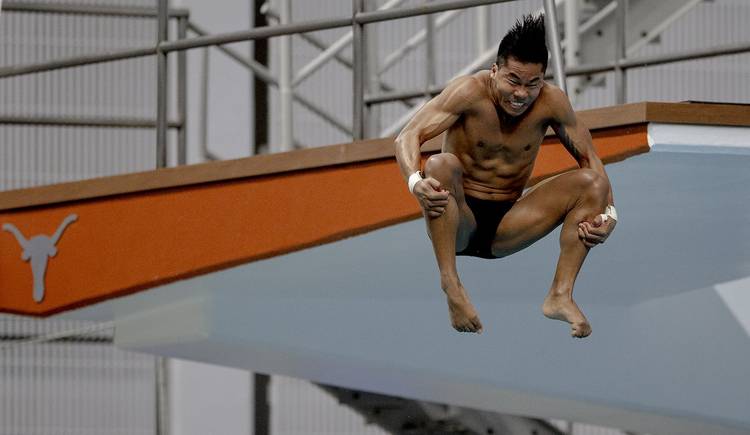 The Texas men’s swimming and diving team now has as many consecutive conference championships as UT has acres. The Longhorns made it 40 straight conference titles, winning the Big 12 Championship at the Jamail Texas Swimming Center on Saturday.

The No. 2 women also won the Big 12 Championship, making it seven straight titles for the Longhorns. A new Big 12 record for Joanna Evans and repeat championships for Quinn Carrozza, Claire Adams and Murphy Bromberg highlighted the action.

Ryan Harty had another record-setting performance, taking the 200-yard backstroke in a time of 1 minute, 38.61 seconds to set a Big 12 record. Harty also broke the Big 12 record in the 100 backstroke Friday.

Kruger won the 100 freestyle in 42.33. He joins Vines as the only freshmen to win two individual event titles.

Windle took the platform diving championship with 521.60 points. He finished second in the 3-meter event Friday.

Carrozza took her second straight title in the 200 backstroke, finishing in 1:52.88.