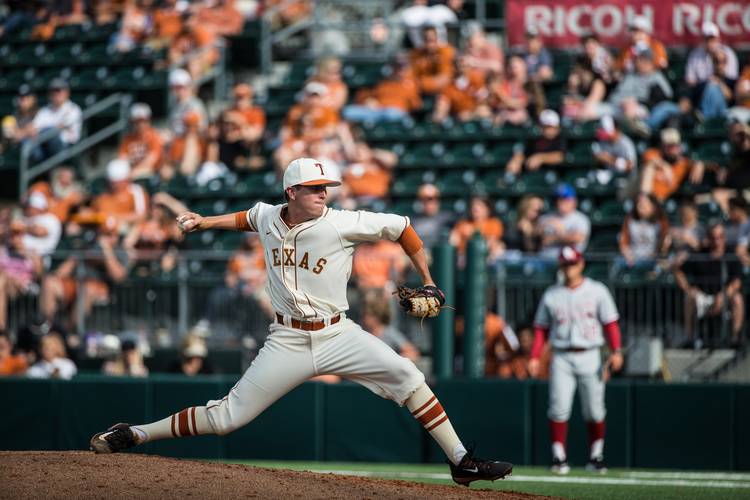 Senior Beau Ridgeway, who was once one of the Big 12’s top relievers, has left Texas’ baseball program.

Texas announced on Monday that Ridgeway and head coach David Pierce had come to a “mutual agreement” about the player’s exit. Ridgeway is now “focusing on graduating and his future post-college.” Ridgeway’s name and biography have been removed from UT’s online roster.

The 12 games saved by Ridgeway during the 2017 season are tied for the eighth-most in school history. Ridgeway converted the first save of his junior year, but his ERA ballooned to 11.32 during a season he later said “snowballed” on him. Ridgeway did not pitch in any of UT’s 2018 postseason games.

A right-hander from The Woodlands, Ridgeway appeared in three games this season. He was credited with the win after a solid outing at Rice on Feb. 19. Eight days later, he had a key error in a losing effort against UTSA.

Ranked 12th nationally, Texas (10-3) will next play UT-RGV on Tuesday. Due to concerns about the weather, the first pitch at UFCU Disch-Falk Field has been moved up to 4:30 p.m.