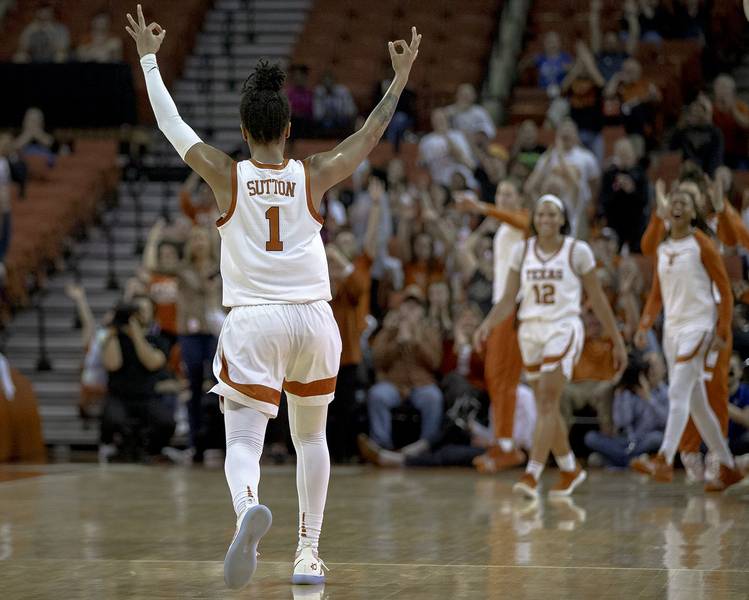 FORT WORTH — Sug Sutton scored 21 points and Texas concluded its Big 12 schedule with  a 62-48  victory over TCU Tuesday night at Schollmaier Arena.

Texas and TCU, though, are not finished with each other. Texas will be the No. 3 seed in the Big 12 Tournament and play No. 6 TCU at 8:30 p.m. Saturday in Oklahoma City.

TCU scored just six points in the fourth quarter as Texas pulled away.

Sutton got hot early, scoring 10 points during the first quarter to keep the Longhorns in the game. The junior point guard scored UT’s finals 10 points of the quarter.

Texas and TCU were tied 31-31 at halftime. TCU senior center Jordan Moore, a Stony Point graduate, had 10 points in the first half.  Texas had its largest lead of the game, 43-35, when Sutton hit a driving lineup and subsequent free throw. Texas led 48-44 entering the final period.

The Texas game on Saturday will be on Fox Sports Net.