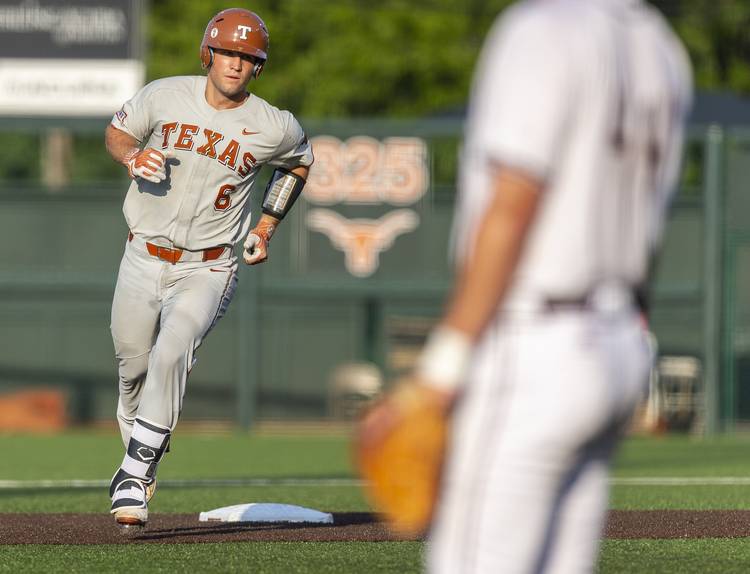 Ahead of its annual meeting with Stanford, Texas has announced that senior DJ Petrinsky will miss the remainder of this baseball season.

Petrinsky will need surgery to repair a labrum tear in his shoulder, the school said on Wednesday morning. Petrinsky has appeared in 11 games this season, but Texas will apply for a medical hardship waiver. If granted, that waiver would allow him to return to the team in 2020.

The starting catcher in 51 of UT’s 65 games last year, Petrinsky has been unable to play to that position this year because of his ailing shoulder. He has instead been used primarily as a first baseman. This season, Petrinsky was hitting .256 with three doubles and five RBIs.

Petrinsky sat out UT’s sweep of LSU this past weekend. He returned to the starting line-up on Tuesday, but was hitless with a key strikeout against UT-Rio Grande Valley. Petrinsky was eventually lifted in the eighth inning for pinch-hitter Tate Shaw, who drove in the winning run. After the game, Texas coach David Pierce said that Petrinksy was clearly frustrated with his situation.

Said Pierce: “What’s happening right now is when you’re injured and you’re frustrated, you’re not in the line-up every day, it just kind of changes your mentality. He’s struggling right now. He’s struggling with that. You can notice it in his batting practice, you can definitely notice it in his at-bats. I haven’t seen DJ give away too many at-bats since he’s been here, so he’s really frustrated.”

Petrinsky joins shortstop David Hamilton (Achilles) as the returning starters from last year’s College World Series qualifier who have been shelved this spring because of an injury. Petrinsky’s surgery leaves Shaw and sophomore Sam Bertelson as the leading candidates for playing time at first base. Senior Michael McCann and freshman Caston Peter are the only catchers remaining on the roster.