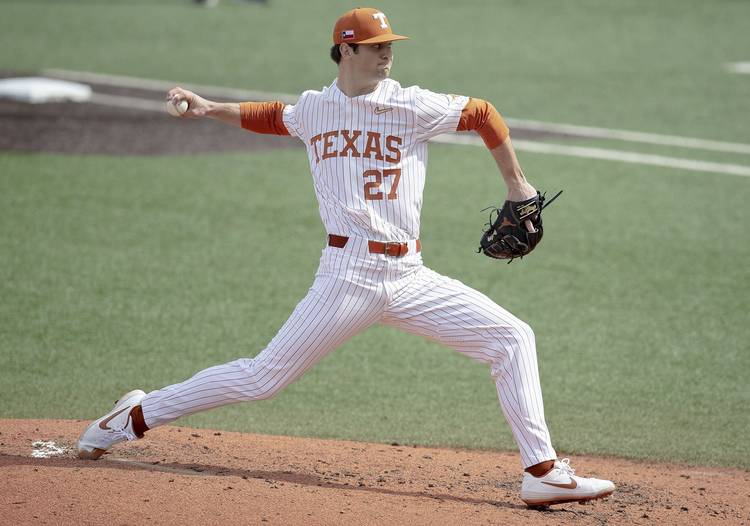 Two runs scored in the seventh inning proved to be the difference as No. 6 Stanford beat the No. 12 Texas baseball team 4-2 in California on Saturday.

The win is the second in a row for the Cardinal after dropping the series opener. The Longhorns will try to make it a series split Sunday when the teams meet again at 3:05 p.m.

Blair Henley turned in a quality start, allowing two runs on five hits through six innings, but it wasn’t enough for Texas (12-5). Henley struck out eight and walked two. Mason Bryant (2-1) got hit with the loss by giving up a walk and a run without recording an out.

Texas had three players account for all five of their hits. Duke Ellis went 2-for-4 with two runs scored. Zach Zubia went 2-for-3 with two RBIs. Tate Shaw had the only other hit for the Longhorns.

One of Texas’ four errors allowed two runs to score for Stanford in the fifth inning to give the Cardinal its first lead.

After Zubia tied the game in the seventh, Andrew Daschbach and Tim Tawa each hit a sacrifice fly to bring in two runs and take the lead for good in the seventh.

Jack Little (2-1) picked up the win for Stanford, allowing no runs on one hit in 2 2/3 innings. Cody Jensen pitched well in relief of starter Alex Williams. Williams gave up a run on three hits in just 2 1/3 innings. Jensen didn’t allow a run and struck out five in 3 1/3 innings.