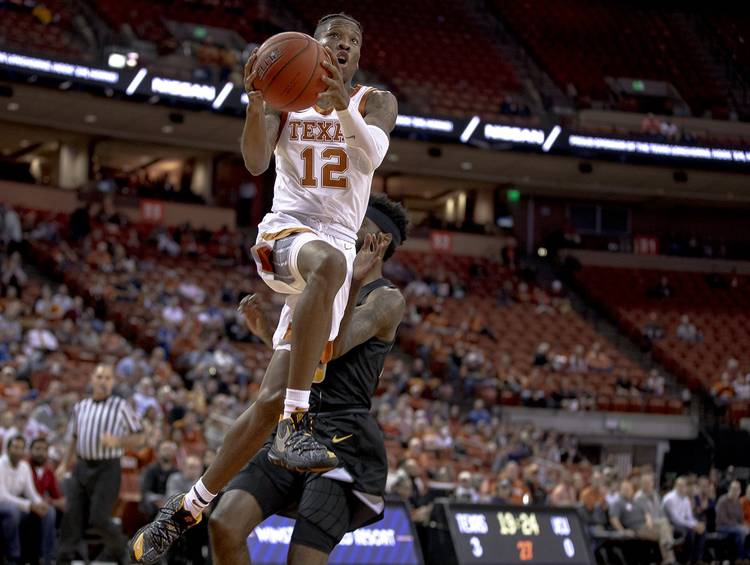 Texas coach Shaka Smart said Monday that suspended guard Kerwin Roach II will be reinstated this week and play in the Big 12 tournament.

It’s something of a win-or-else moment for Smart’s club. No .500 team has ever made the NCAA Tournament as an at-large selection. It could be simple: if the Horns don’t beat the Jayhawks, they could be headed to the NIT.

Roach has been suspended for the last five games for an undisclosed violation of team rules. The school has never confirmed why Roach was suspended, but Smart said it was a university policy that sidelined his leading scorer.

Roach was averaging 15 points per game in what was statistically his best season to date. The school still honored him last Saturday prior to the regular-season finale against TCU on senior day.

Horns in NYC: Texas, Duke, Georgetown and California will all participate in the Empire Classic benefiting the Wounded Warrior Project next season on Nov. 21-22 at Madison Square Garden in New York.

The game lineups will be announced at a later date. Tickets go on sale at 11 a.m. Wednesday through Ticketmaster by calling 866-448-7849.

Longhorn Confidential: What we saw on the first day of Texas spring practice