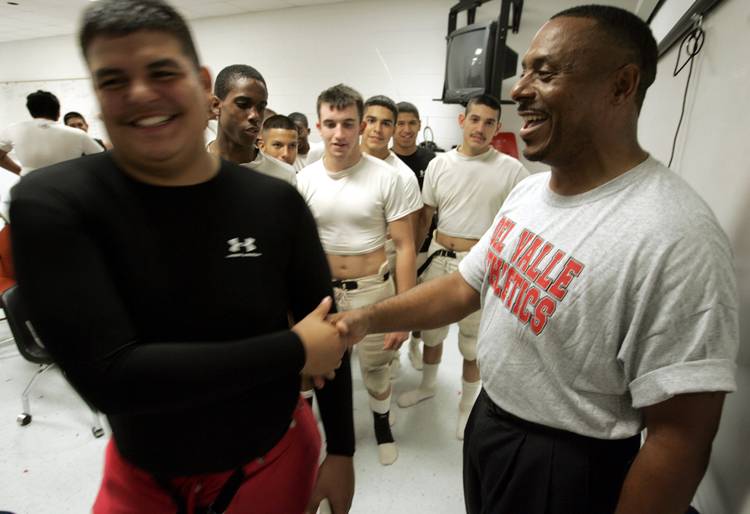 Johnny “Lam” Jones, one of the most celebrated athletes in University of Texas history as both a football and a track star, died Friday morning after a decades-long fight with myeloma cancer. He was 60.

He was known more for his track exploits as an Olympic gold medalist on the U.S. 400-meter relay team in 1976 at age 18 and a world-class sprinter who once won four events at a Southwest Conference meet. But he also played tailback and wide receiver for the Longhorn football team and was later selected by the New York Jets as the No. 2 player taken in the first round although he only had marginal success as a pro.

Jones spent his last days at the Round Rock Scott & White Hospital. He will be buried in the Texas State Cemetery, a close friend said, after the late Darrell Royal became a strong advocate for him being laid to rest there.

A star athlete at Lampasas, Jones once electrified Royal-Memorial Stadium with his historic run as the anchor leg of his high school track’s mile relay team. After he took the baton in last place, he made up a distance of more than 75 yards to easily clip the tape as the winner, setting off a wild celebration among grade-school youngsters who poured onto the track from the stands.

He was a very quiet, introverted, painfully shy person during his days at Texas and dealt with alcohol and drug addiction before embracing sobriety.