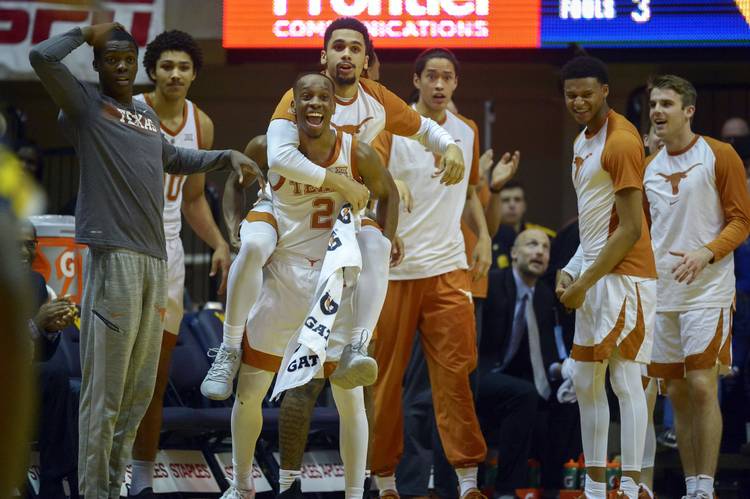 Tickets: Tickets range from $12 to $14 and can be purchased through the Texas box office. The upper deck of the arena will be closed.

About the NIT: The tournament consists of 32 teams. All regular-season conference champions who did not make the NCAA Tournament earn an automatic invitation. The tournament uses several different rules, including a longer 3-point line and wider lane.

About the series: This is the first meeting between the two schools.

About the Longhorns: Coach Shaka Smart said he challenged the Longhorns to come out strong in the NIT. “The bottom line is if you’re a competitor and you have a team coming in to play you on your own floor, you’re excited,” Smart said. The Horns have not played in the NIT since 1986. Texas will be without freshman forward Jaxson Hayes, who suffered a knee injury in the Big 12 tournament. A source familiar with Hayes’ injury said it’s not considered serious, and the big man has mostly soreness. Without Hayes, Jericho Sims and Royce Hamm Jr. will be called upon for more rebounding. Together, the two reserves average 5.3 rebounds per game. Jase Febres has made only three 3-pointers in the last three games after making 20 in the three games before that.

About the Jackrabbits: The Summit League champions have probably been sitting at home for a week furious over their loss in the conference tournament. Western Illinois captured a 79-76 win in the Summit tournament quarterfinals, dropping SDSU’s all-time record in the series to 26-5. The Jackrabbits will want to take their frustrations out on the Longhorns. Senior Mike Daum ranks ninth in Division I history with 3,042 points. He’s one of only three players in the last 20 years to have multiple 30 points and 20 rebounds in the same season. His season high was 42 points against Southern. Overall, SDSU is the second-best shooting team in Division I with a staggering .503 shooting percentage. The Jackrabbits also rank third nationally by shooting 41 percent beyond the arc.