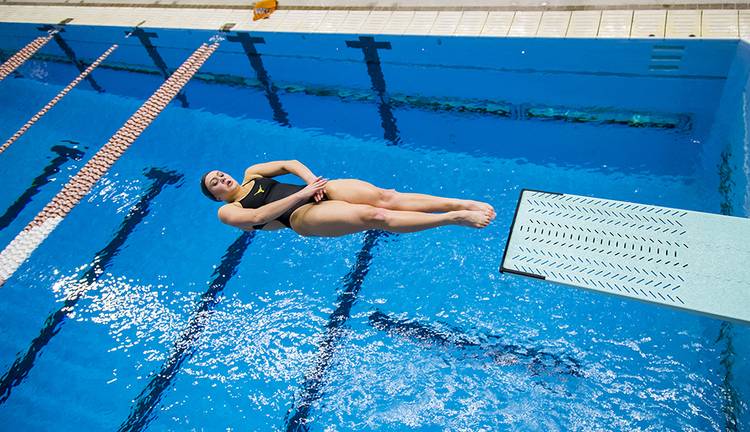 The Texas women’s swimming and diving team sits in fifth place after two days of the NCAA Championships, taking place at the Jamail Texas Swimming Center through Saturday.

The Longhorns posted three All-American performances on the way to scoring 87 points. Stanford leads the way with 173.5 points.

Grace Ariola, Julia Cook, Anelise Diener and Claire Adams earned All-America honors in the 200-yard freestyle relay. The team clocked a time of 1:27.72 for eighth place and the fourth-best time in school history.

Evie Pfiefer took seventh in the 500 freestyle with a time of 4:37.09. In the prelims she swam a time of 4:36.04, which was the third-best time in school history. She took All-America honors as a result of her final performance.

Alison Gibson also earned All-America honors as a result of taking third place in the 1-meter diving final. She scored 338.65 points to make it three top-four finishes in a row at the NCAA Championships in the 1-meter event.

The 400 medley relay team also earned an honorable mention with a tie for fifth in the consolation final. Julia Cook, Olivia Anderson, Remedy Rule and Adams teamed up to swim a time of 3:32.05.