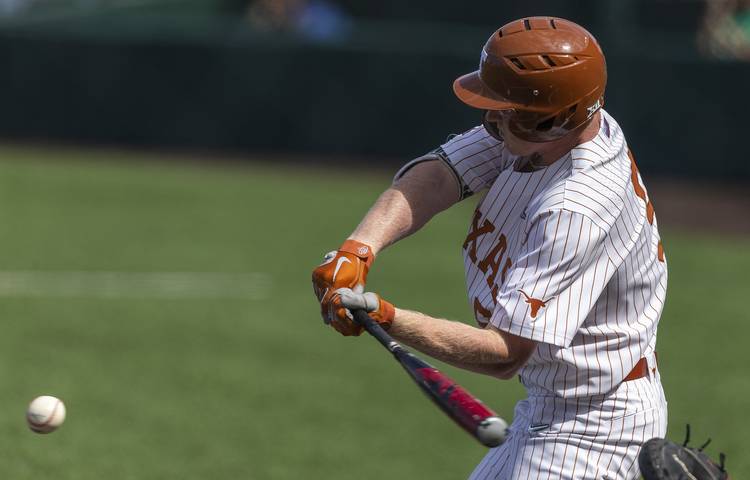 Another late-inning stumble prevented Texas from winning its first series at TCU since 1992.

Texas lost a late lead in a 12-8 loss at TCU’s Lupton Stadium on Sunday afternoon. Sunday’s setback came two days after the Horned Frogs scored three times in the ninth inning of a 3-2 victory over UT. Texas, which was responsible for 13 of the 14 runs scored in Saturday’s showdown between the schools, is now 3-3 in Big 12 play.

In Sunday’s sixth inning, Texas grabbed a 7-2 lead on run-scoring singles by Ryan Reynolds and Tate Shaw. TCU, however, outscored UT 5-1 over the next two frames. The 22nd-ranked Horned Frogs (15-7; 2-1 Big 12) then took control of the game by scoring five times in the eighth inning. UT redshirt freshman Cole Quintanilla was held responsible for the rally and tagged with his first career loss.

Ranked ninth in the D1Baseball poll, Texas (17-10) will meet Incarnate Word at San Antonio’s Wolff Stadium on Tuesday. UT is then set to host Xavier in a non-conference series this upcoming weekend.