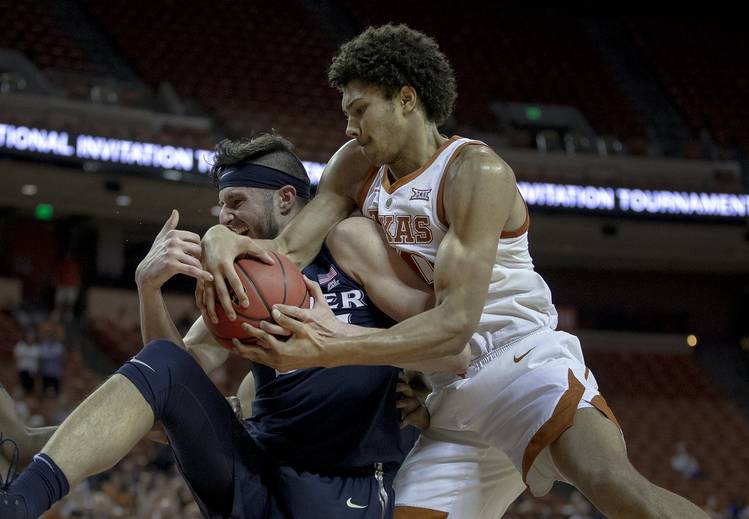 About the series: Texas has a 14-10 lead in the all-time series. These two teams met regularly during their Big 12 days. The Horns had two six-game winning streaks at various points. Colorado last beat UT when the two teams met on Nov. 22, 2016, at the Legends Classic tournament.

About the Longhorns: Smart really challenged his players before the Xavier game to have a tougher mentality. The Musketeers were going to try and bully the Horns. It didn’t work as Texas won 78-76 in overtime. “We for sure were getting all the 50-50 balls,” Febres said afterward. Sims will have his hands full with Colorado’s Evan Battey, who is listed at 264 pounds. Sims had 11 points, seven rebounds and two blocks — one that prevented a loss — against Xavier. He’s always done better when challenged, or when Sims perceives the team “needs” him. Starting forward Jaxson Hayes is still out with a left knee injury. It’s unclear if he would play in the next round, should Texas advance.

About the Buffaloes: Boyle is no stranger to pressure environments. He played at Kansas from 1981-85 and was the Jayhawks team captain as a senior. Boyle was an assistant at Oregon when the Ducks won the 1997 NIT championship. The Buffs have made four NCAA Tournament appearances on Boyle’s watch. This year’s team had a mid-season slump but has since won 12 of its last 15 games. Colorado advanced with a 76-60 win over Norfolk State in the second round, but the Buffs felt it wasn’t their best. Wright was especially down on himself even though Colorado never trailed and shot 50 percent. “When I’m not there emotionally, a lot of them will follow me,” Wright told the Boulder Daily Camera. “So I’ve got to start off better Wednesday night in Austin with more emotion.”