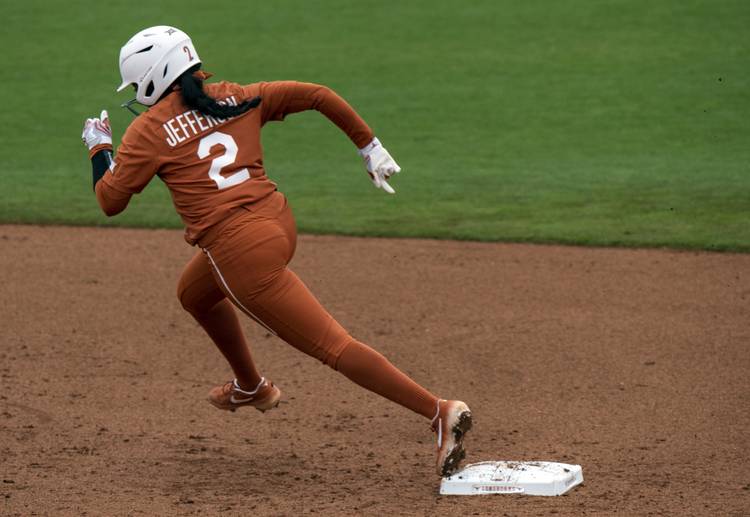 Singles by Kaitlyn Slack and Janae Jefferson helped lift the Texas softball team to a 4-3 win over UT-Arlington on Tuesday in Arlington.

Jefferson went 2-for-4 with the winning RBI while Slack drove in two runs to help Texas come back against the Mavericks.

Brooke Bolinger got the start, but had to reenter the game to pick up the save, her fourth of the season. Ariana Adams got the win, improving to 5-0 as she gave up one run on four hits in 1 2/3 innings. Bolinger pitched 5 1/3 innings and allowed two runs on two hits while striking out three.

Texas got on the scoreboard first on a error in the second inning, but the Mavericks came back to take a 2-1 lead in the third. Whitney Walton drove in a run and another scored on an error in the inning.

After Adams surrendered a home run to KJ Murphy in the seventh, Bolinger came back into the game and got the final two outs.