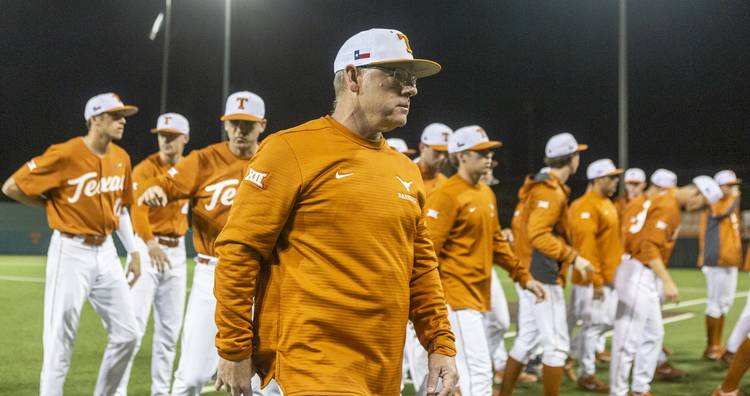 The Oklahoma State Cowboys routed the Texas baseball team for the second game in a row, topping the Longhorns 10-2 in Stillwater, Okla., on Friday night.

Texas (24-17, 5-8) didn’t get on the scoreboard until the 18th inning of the series, scoring two runs in the ninth Friday night. Eric Kennedy singled to drive home Lance Ford and Ryan Reynolds. Reynolds finished 3-for-4 while Ford had two hits.

Parker Scott (2-0) picked up the win, allowing no runs on seven hits through seven innings. He struck out eight and walked just one.

Blair Henley (6-2) suffered the loss after giving up five runs on five hits in 5 1/3 innings. He struck out eight and walked seven.

The Cowboys put up two runs in the first on McCusker’s double. Neither team scored until OSU added another run in the fifth on a sacrifice fly by Trevor Boone. Boone homered three times in Thursday’s game.

Five runs scored in the sixth, including home runs by Morrill and McCusker, put the Cowboys in full control of the game.

The Texas baseball team will attempt to win the series finale Saturday at 3 p.m. in Stillwater.