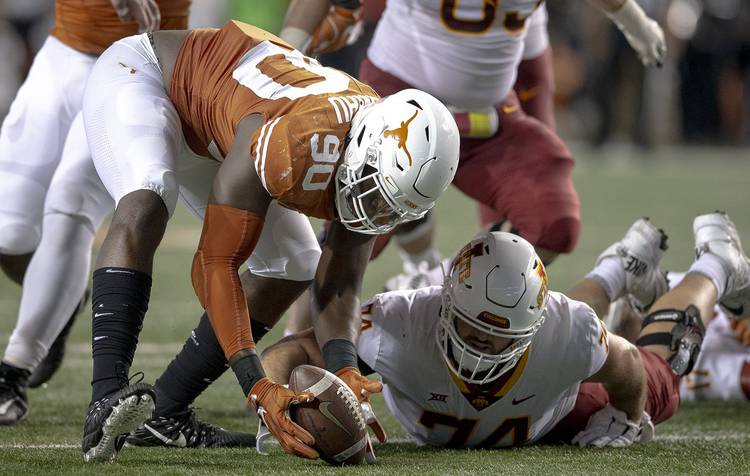 When the 2019 NFL Draft kicks off on Thursday, a handful of Longhorns will find out the locations of their future homes.

There is no shortage of Longhorns who have their eyes on a career in the NFL. Last month, Texas had 18 players workout at its pro timing day. UT also had five representatives at the NFL’s annual combine.

It is anyone’s guess where players like Charles Omenihu and Kris Boyd will end up. Fortunately, there are a lot of guesses out there. Here is a round-up of where some analysts are placing the Longhorns in their mock drafts.

Nine years ago, Cincinnati took both Jordan Shipley and Roddrick Muckelroy. That marks the last time that one team selected two Longhorns in the same draft. In his mock draft, Chad Reuter sees the Minnesota Vikings going against that trend.

UT’s streak of not having a first-round pick is expected to reach four years. White, though, is among the few forecasters who doesn’t see the first two rounds not featuring a Longhorn.

In his final mock draft, Randy Gurzi has DBU opening a satellite campus in Charlotte. If Gurzi gets his Longhorn-related picks right, circle Oct. 6 on your calendars since the Panthers are set to host the Jaguars.

Draft prognosticator Charlie Campbell seems the highest on the recruits raised on the 40 Acres. The last time that UT had five prospects taken in the NFL Draft? 2015 (Brown, Hicks, Thompson, Diggs, Swaim).