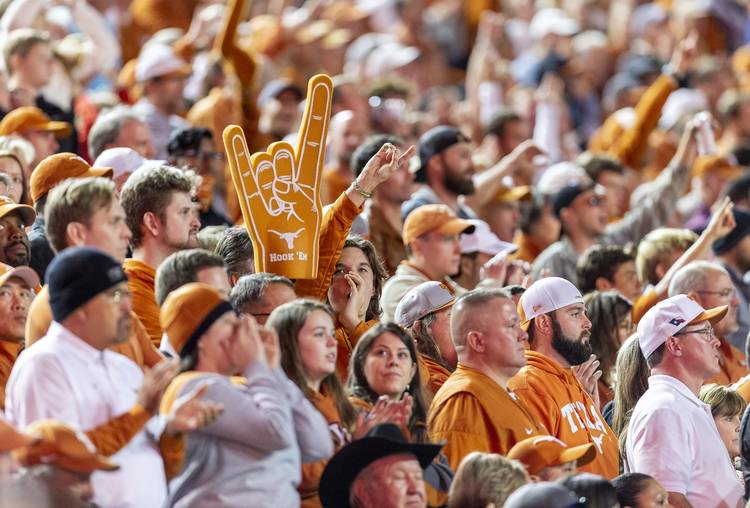 Texas athletic director Chris Del Conte continues to build out the football schedule for the next generation of Longhorns football.

Texas confirmed Friday it has completed a home-and-home contract with Florida for 2030-31, as first reported by the American-Statesman. The Horns would travel to Gainesville, Fla., first and then host the Gators the following year at Royal-Memorial Stadium, the school announced.

The two schools have met only three times in history but have not played since 1940. Texas holds the all-time series lead 2-0-1.

Texas has also struck a deal to alternately play against UT-San Antonio and UT-El Paso during an eight-year stretch beginning in 2024. All eight games will be at Royal-Memorial Stadium. Texas also added a non-conference game against Colorado State for the 2024 season opener.

To juggle the schedule, Texas will cancel games against South Florida in 2022 and 2024. However, USF is still scheduled to play at Royal-Memorial Stadium in 2020. The Bulls are coached by Charlie Strong, who led Texas from 2014-16.

Texas’ non-conference is complete for 2020 (USF, at LSU, UTEP) and 2021 (Louisiana-Monroe, at Arkansas, Rice). A home-and-home series is scheduled against Alabama for 2022-23, but UT still has one more game slot open for those two years.

Texas’ schedule in 2024 is full (Colorado State, Michigan, UTSA). But there is one non-conference opening remaining in each year the rest of the decade.

Del Conte tried to reach a scheduling deal with former Texas A&M athletic director Scott Woodward, but the Aggies declined. Woodward has since left A&M for the same position at LSU. It’s unclear whether A&M would be open to scheduling UT under new athletic leadership.