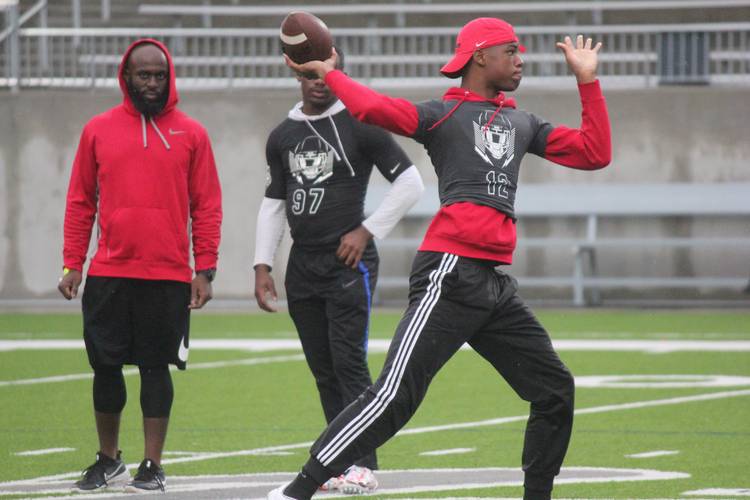 Mack Brown enjoyed the most success as Texas’ head coach when his offense was led by an athletic quarterback from Houston. Now the head coach at North Carolina, Brown is hoping Fort Bend Marshall’s Malik Hornsby can replicate the college career of Vince Young. Hornsby, the no. 9 prospect on the 2020 Fabulous 55, pledged to North Carolina on May 15.

Hornsby attended Houston Austin High School in inner-city Houston before a drive-by shooting near his house won him an appeal to attend Fort Bend Marshall as a junior. He blossomed as the quarterback of a talented team, leading the Buffaloes to a Class 5A Division II state title appearance. The 6-2, 175-pound prospect is the No. 5-ranked dual-threat quarterback in the country, per 247Sports composite rankings. Hornsby passed for 1,970 yards and 23 touchdowns to just two interceptions in 2018, adding 758 yards and 14 touchdowns on the ground.

North Carolina is quietly building a top-10 class in Brown’s first full cycle back at the helm. Hornsby is the class’ highest-rated recruit. He’s one of 13 total commits in a class that currently ranks ninth in the nation.