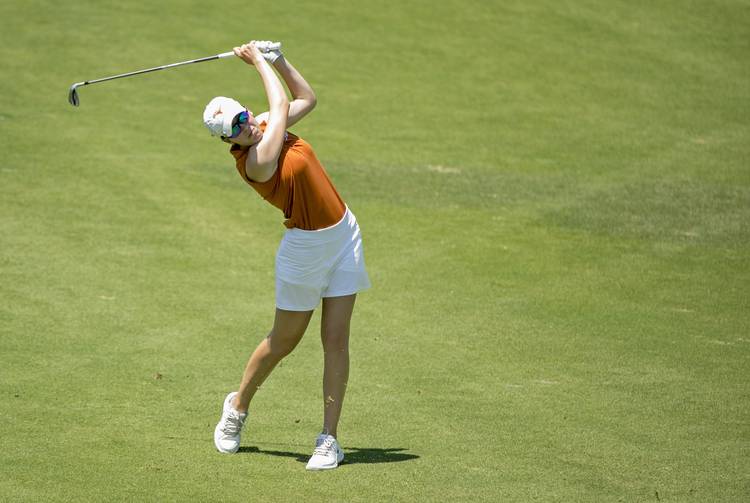 The Texas women’s golf team sits in third place after the suspension of the second round of stroke play at the NCAA Championship in Fayetteville, Ark.

The championship will now have 54 holes of stroke play instead of 72.

Hailee Cooper shot 69 before play was suspended Saturday and is tied with teammate Agathe Laisne at 22nd. At the time play was suspended, UT’s Emilee Hoffman was in a tie for 15th but had yet to finish the 17th hole. Laisne still had to complete the 18th hole to finish her second round.

On Friday, the Horns shot 302 to tie with Arkansas for the lead. Hoffman led the Longhorns as she shot 72, and Laisne shot 75. Papp was at 77, and Kouskova had a 78. Cooper rounded out the Longhorns’ scores with an 80.

Every team and individual will play through Monday, with pairings determined by their 36-hole score. The top eight teams after Monday’s round will advance to match play quarterfinals.