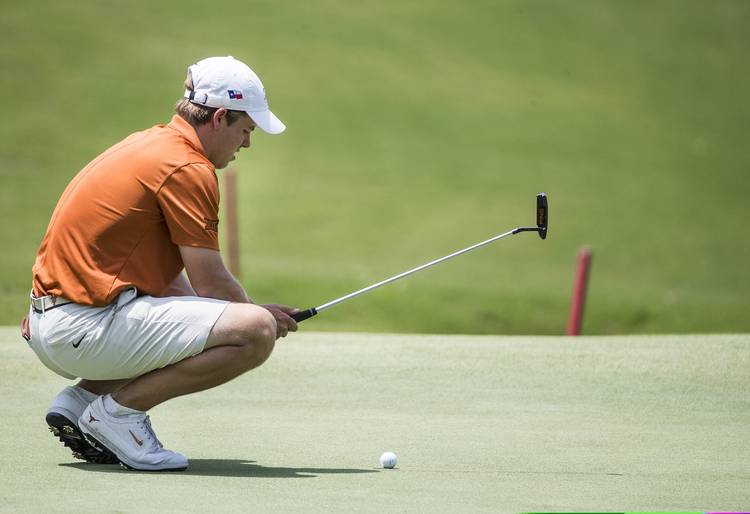 The Texas men’s golf team shot 298 in the first round of stroke play at the NCAA Championship to sit in eighth place in Fayetteville, Ark.

Parker Coody led the Longhorns, shooting 72 Friday to sit in a tie for 12th place. Coody is one of just 20 of the 156-player field to end the first round even or under par.

Cole Hammer and Steven Chervony each shot 75, 3 under par and are tied in 36th place.

Spencer Soosman posted a 76 while Pierceson Coody shot 81 to round out the Longhorns’ scores.

Collin Morikawa of California leads the individual competition on the strength of his 67.

The Longhorns begin the second round Saturday with Vanderbilt and Oklahoma at 7:12 a.m.