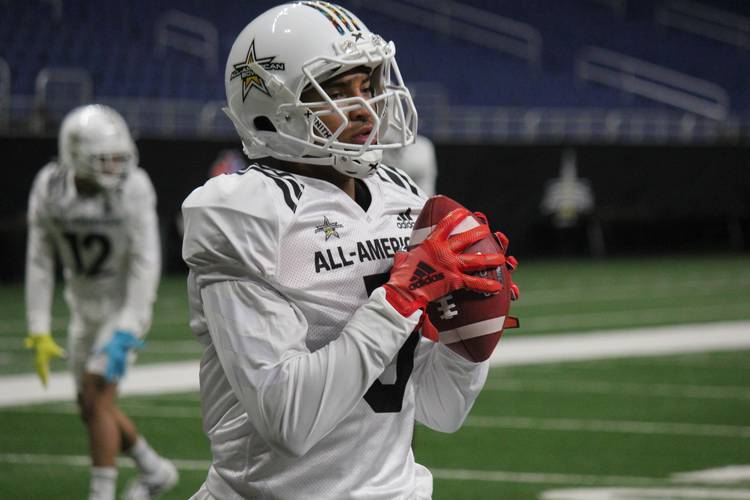 A source close to Bru McCoy confirmed the five-star wide receiver will enter the transfer portal for the second time in 2019. It can take 48 hours for a name to appear in the database. It is widely expected that McCoy is planning to return to USC, where he signed and enrolled in January. He transferred to Texas soon after, participating in spring practice. A source close to Texas cited “homesickness” earlier in the week. The news of McCoy’s impending decision was first reported by the USC Rivals.com site.

A Texas source says McCoy has yet to notify compliance of a decision, so his name is not officially in the database. Those close to McCoy maintain it is only a matter of time before the paperwork is turned in and McCoy is free to return to USC.

The 6-2, 205-pound prospect participated in spring practice at Texas and has not yet received word of his potential eligibility in 2019, though another transfer as a true freshman can’t help his cause to play this year. Wide receivers Jake Smith, Marcus Washington, and Kennedy Lewis arrive on Texas’ campus June 2.

Texas’ 2019 class ranked third in the nation. McCoy was named the MVP of the All-American Game, formerly sponsored by Army, in January. He was a two-way star for Matei Dei in California, starting at wide receiver and outside linebacker. McCoy was the top-rated player in Texas’ class.

Tom Herman, quarterback Sam Ehlinger, Drew Mehringer and Kevin Washington flew out to California to discuss options with McCoy earlier in the week. A source close to Texas says the potential star was simply homesick and wanted to return to California after a semester in Austin.