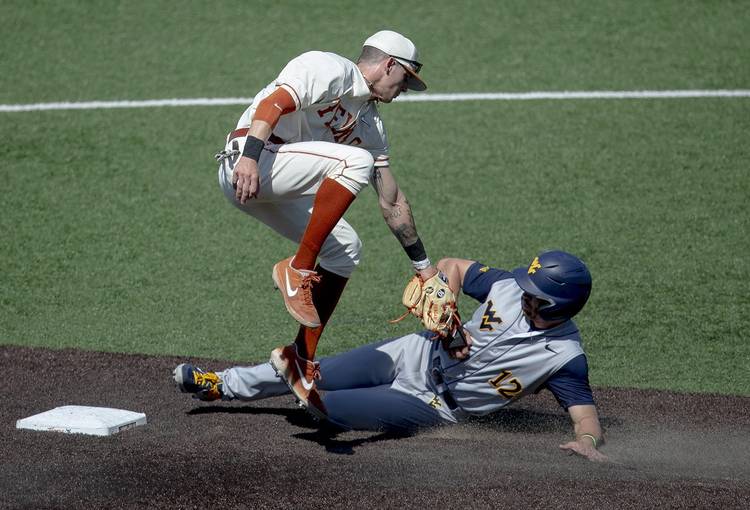 Texas crossed another name off its roster on Monday.

Freshman shortstop Bryce Reagan has announced that he will not return to Texas for the 2020 baseball season. Orangebloods.com first reported on Monday that Reagan had entered the transfer portal. Texas later confirmed that news to the American-Statesman.

Once named the New Hampshire Player of the Year, Reagan was called “one of the top shortstops in the country ” by assistant coach Sean Allen following his signing with Texas. After junior David Hamilton suffered an Achilles injury, Reagan opened the 2019 season as UT’s starting shortstop. Reagan started 19 times this spring but eventually lost his job.

Reagan struggled defensively throughout the spring and mustered only a .904 fielding percentage. His eight errors ranked second among the Longhorns. Offensively, he hit .220 with 13 runs and five RBIs.

Time will only tell how Reagan’s departure impacts the depth in Texas’ infield. Masen Hibbeler, who eventually replaced Reagan as UT’s full-time shortstop, was a senior this past season and Hamilton is draft eligible. UT recently received a commitment from San Jacinto College infielder Camryn Williams and Argyle’s Brenden Dixon is among the incoming freshmen that Texas is high on.