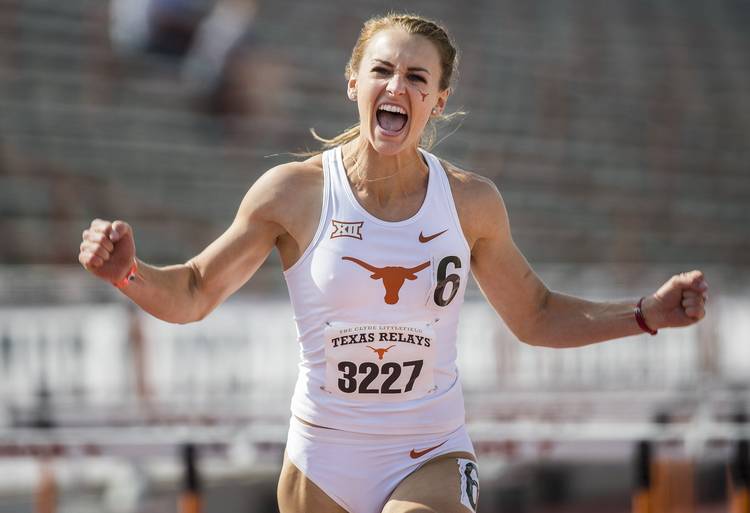 Texas track athletes Ashtin Zamzow and Teahna Daniels both earned honors ahead of the NCAA Championships, which will begin at Myers Stadium on Wednesday.

Zamzow is the U.S. Track & Field and Cross Country Coaches Association’s Athlete of the Year for the South Central Region, the association announced Tuesday. In addition, both Zamzow and Daniels are representing Texas on the Bowerman pre-NCAA Championships watch list.

Daniels joined the group of 10 on the watch list as the newest member after setting a school record in the 200 meters at the NCAA West Prelims in Sacramento.

Zamzow, who ranks No. 1 in the nation in the heptathlon, set a school record with 6,148 points at the Texas Relays.

Texas has 20 entries set to compete at the NCAA Championships which runs through Saturday.