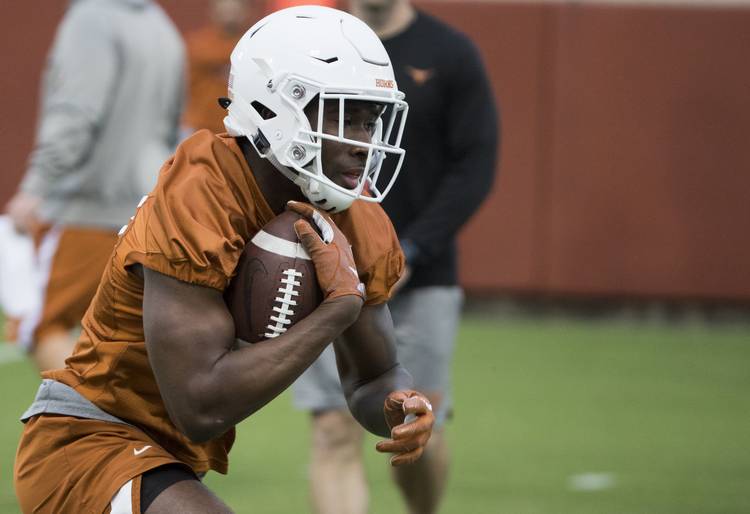 Texas receiver Al’Vonte Woodard suffered a broken left foot during voluntary workouts and will miss some portion of the 2019 season, the school announced.

Woodard, a 6-foot-1 redshirt freshman from Houston Lamar, was expected to contribute this year after making waves this spring. Now, he will require surgery. The specifics of Woodard’s injury are unknown.

The receiving corps had already taken a hit with the loss of freshman Bru McCoy, who is transferring back to USC. However, the position group is still considered one of the strongest unit on the team headlined by returning starters Collin Johnson and Devin Duvernay.

Woodard did not play last year. He came to Texas ranked as the nation’s 30th-best receiver prospect in the nation, according to 247Sports. Woodard was also listed 15th on the American-Statesman’s Fab 55 list for the 2018 recruiting cycle.