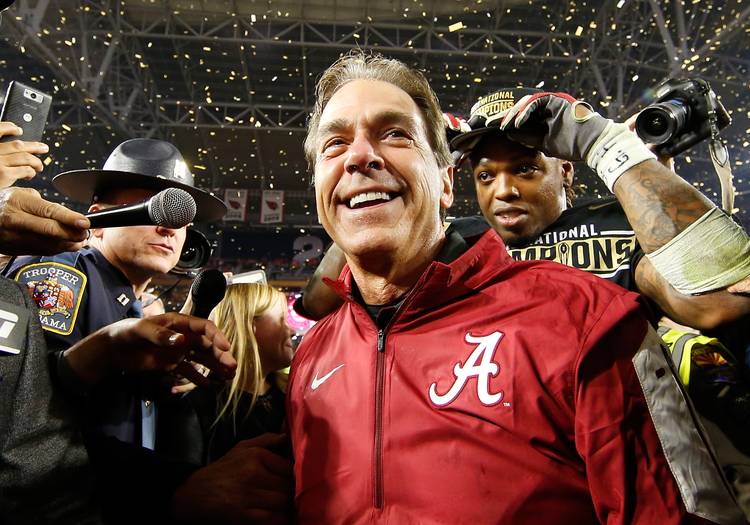 GLENDALE, AZ - JANUARY 11: Head coach Nick Saban of the Alabama Crimson Tide celebrates after defeating the Clemson Tigers in the 2016 College Football Playoff National Championship Game at University of Phoenix Stadium on January 11, 2016 in Glendale, Arizona. The Crimson Tide defeated the Tigers with a score of 45 to 40. (Photo by Christian Petersen/Getty Images)

Austin LBJ is home to one of the best cornerback prospects in Texas. Latrell McCutchin is entering his junior season with the eyes of nearly every program in the country on him. The 6-1, 176-pound prospect already held 14 offers, including one from Texas. McCutchin wasn’t worried about waiting, however, as the future four-star prospect pledged to Alabama on Monday night.