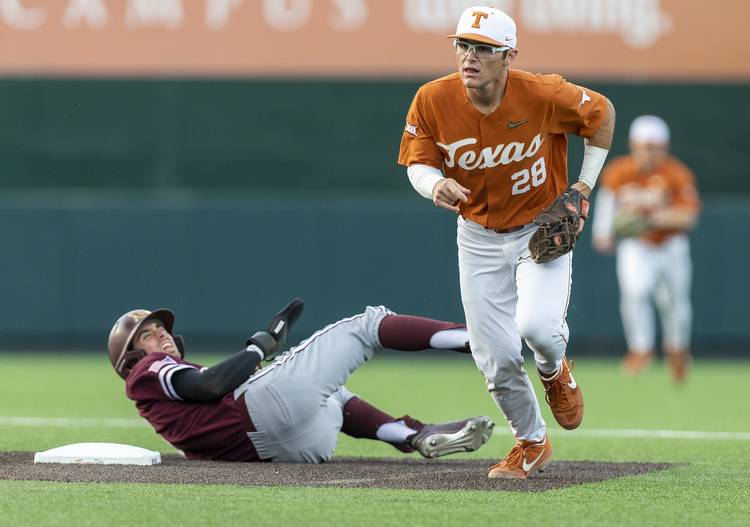 Texas second baseman Lance Ford (28) gets the out on Texas A&M's Braden Shewmake (8) at UFCU Disch-Falk Field on April 2, 2019. [Stephen Spillman for Statesman]

This year, some Longhorns will spend their summer breaks in places like Minnesota and Massachusetts.

Thirteen members of Texas’ baseball team will play in summer collegiate wood bat leagues, the school revealed on Monday. Five of the Longhorns will compete in the Cape Cod League, which scheduled its opening day for June 10. Outfielder Eric Kennedy (California League) and infielder Lance Ford (Northwoods League) are already making some noise this summer.

UT will also have representatives in the California Collegiate League and the Valley League. Here are the summer assignments for the Longhorns: