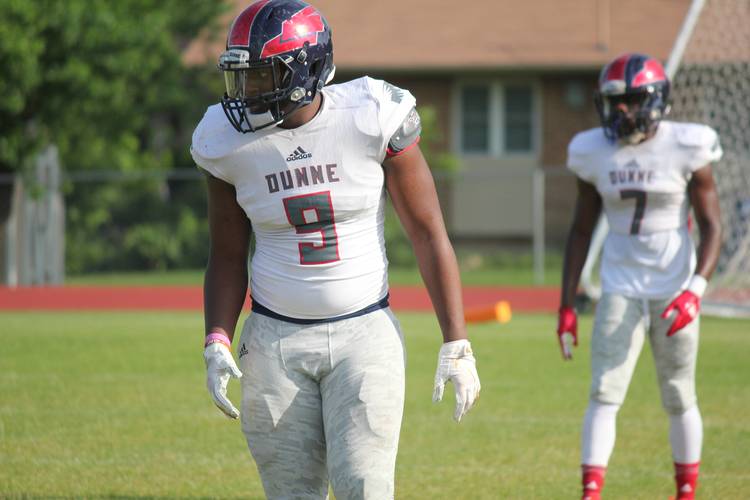 Outside linebacker Brennon Scott named Texas in his top five alongside Auburn, USC, Kansas, and Oregon. Scott is a 6-1, 230-pound four-star from Bishop Dunne in High School. He’s teammates with current Texas commit, Jaden Hullaby. Texas has not landed a commitment from a defensive prospect in the cycle. Making the cut for Scott is another sign of the growing recruiting influence in DFW for the Texas staff.