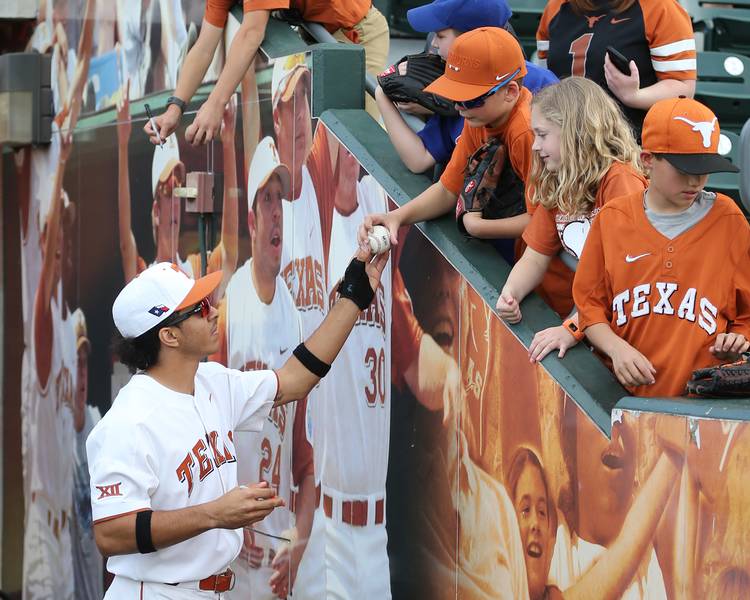 A Texas shortstop who grew up in nearby San Marcos, David Hamilton may soon be playing his home games in places like Colorado Springs, Colo., and Appleton, Wis.

Hamilton tweeted on Friday night that he will resume playing baseball in Milwaukee’s farm system. Earlier this month, the Brewers selected Hamilton in the eighth round of the MLB Draft. Hamilton, who was injured for the entire 2019 season, would have had two years of eligibility left at Texas.

This obviously wasn't how I saw my junior year going. Sitting out this year was hard. I wanted to make Texas proud.

I can't wait to get my career started with the @Brewers this week, but Longhorn Nation, I'm so honored that I got to be your shortstop. Hook 'Em forever. 🤘🏽 pic.twitter.com/7FnmxhLFmH

Hamilton spent the 2017 and 2018 seasons as UT’s starting shortstop. He made an immediate impact with his glove and twice led the Longhorns in steals. During his sophomore year, Hamilton’s batting average improved by 73 points and he hit a walk-off grand slam against Texas State.

Hamilton was sidelined this spring after injuring his Achilles in a scooter accident. His absence was notable for a UT team that missed the postseason. Unable to play, Hamilton instead focused on his upper-body strength. Hamilton had not resumed jogging at the end of the season but believed that he’d be “just as fast, if not faster” upon his return.

Hamilton’s injury did not scare off the Brewers, who declined to select another infielder in the draft’s first 14 rounds. Hamilton was one of three Longhorns taken in this year’s draft, and Blair Henley (Houston, seventh round) and Ryan Reynolds (Chicago Cubs, 14th round) have also signed. This marks the third straight year that none of UT’s draft picks returned to school.