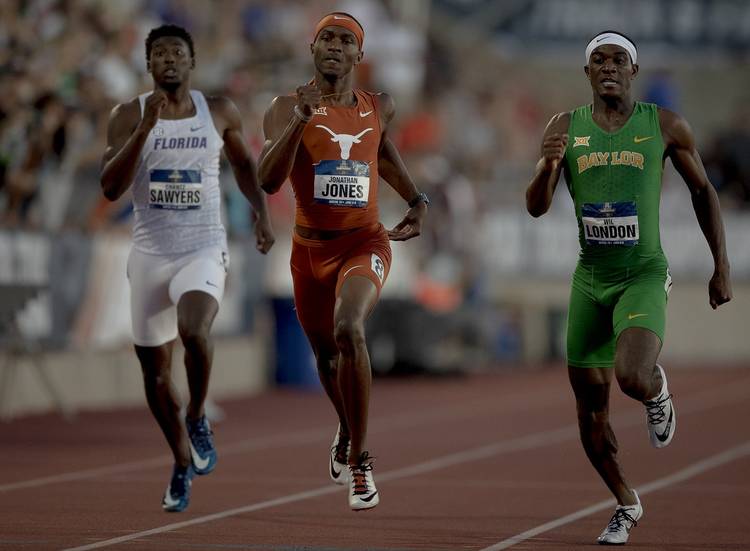 Perhaps the best run of Texas freshman Jonathan Jones’ life will not count.

FloTrack reported on Friday that Jones was one of three runners that did not realize that a false start had been called in a 400-meter race at the IAAF Diamond League meet in Monaco. Jones reportedly kept running in one of the outside lanes after American sprinter Kahmari Montgomery was buzzed for leaving early.

According to FloTrack, Jones was hand-timed at 44.6 seconds. That would have challenged his personal-best time of 44.64 seconds.

Jones opted to not return to the starting blocks for the re-started race.

Confusion at the Monaco Diamond League.

False start in the 400m and then Texas' Jonathan Jones runs the whole lap without realizing that the race was called back.

You hate to see that. pic.twitter.com/3JJj1u6G8q

After not hearing the recall, Jonathan Jones and Anthony Jose Zambrano don't line up for the 400m re-run. Kahmari Montgomery looked to have false-started initially but is not DQ and the race is won by Steven Gardiner in 44.51. According to @CoachLN, Jones ran 44.6 in his solo run

A native of Barbados, Jones was representing his country in Monaco. As a freshman at Texas, Jones earned All-American honors during the NCAA’s indoor and outdoor seasons. Jones finished fourth in the 400 meters at the NCAA’s outdoor championships in June, and his aforementioned time of 44.64 seconds was a record for both the Longhorns and the country of Barbados.