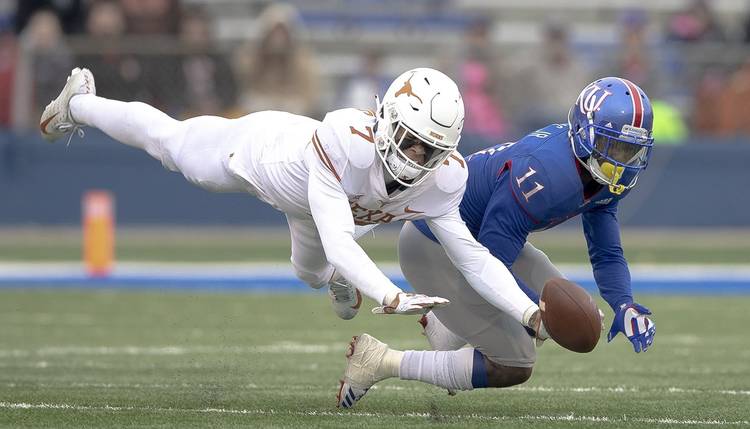 Ehligher is one of 80 names on the watch list for the Maxwell Award, which is given annually to college football’s best player. Those wanting to anoint the nation’s top defensive player are keeping an eye on Sterns and 79 additional Bednarik Award candidates.

Texas has won the Maxwell Award on four occasions since 1937. The Bednarik Award has been around since 1995 but it has never been awarded to a Longhorn.

As a sophomore, Ehlinger accounted for 3,292 passing yards, 25 touchdown tosses and 16 rushing touchdowns. In UT’s record books, those 41 total touchdowns trailed only the 45 touchdowns that Colt McCoy tallied in 2008. Last week, Ehlinger was named the Big 12’s preseason offensive player of the year.

Sterns was among the Longhorns that joined Ehlinger on the Big 12’s preseason team. As a freshman, Sterns recorded 62 tackles, four interceptions and a blocked field goal. Sterns received an all-conference nod last year and he was a semifinalist for the prestigious Jim Thorpe Award.