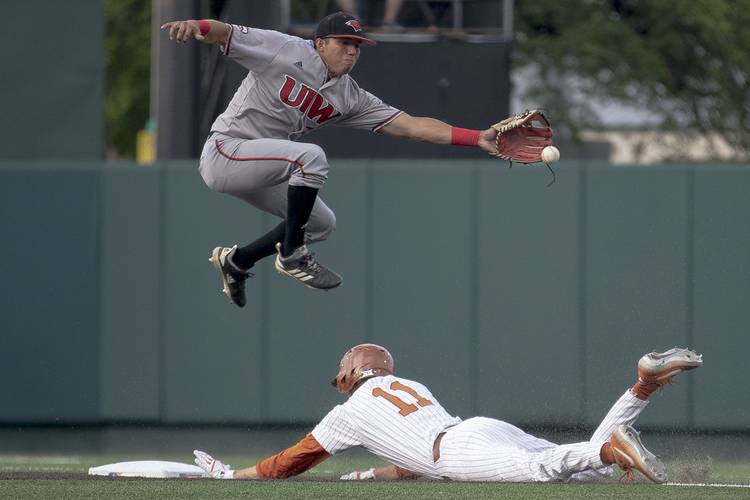 This summer, Texas has sent a handful of its players to participate in various collegiate wood bat leagues across the country. These arrangements have set up a few instances in which friends have become foes. For example, Brewster outfielder Duke Ellis drew an eighth-inning walk and stole two bases off of Chatham reliever Dawson Merryman on July 19. When facing Chatham starter Kolby Kubichek on July 7, Ellis walked and then grounded out to his Texas teammate.

Ellis will be a senior outfielder for the Longhorns this upcoming spring. Kubichek, meanwhile, will be a sophomore vying for a spot in UT’s rotation. Texas recently signed Merryman, who spent his freshman year at Midland College.

Merryman and Kubichek also pitched the last 1 1/3 innings for the East in the Cape Cod League’s all-star game on Sunday. The two pitchers combined for two strikeouts while allowing two hits and a walk. Kubichek earned the victory in the East’s walk-off conquest.

The Texans are getting loose. pic.twitter.com/DjjhRGHasy