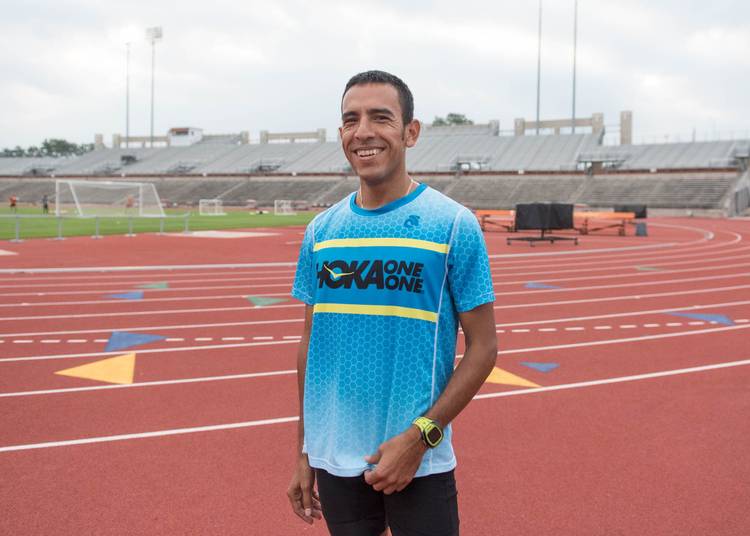 The 34-year-old middle-distance runner, who won silver in the 2012 Olympic 1500m, was a national champion and nine-time All-American for the University of Texas and, before that, a nine-time state champion at Marble Falls High School just outside of Austin. Manzano made six straight Team USA rosters for the World Championships and Olympic Games from 2008, as a senior at UT, to 2015; he missed a third Olympic team by one spot in 2016.

It’s with great honor & a grateful heart that I announce my official retirement from competitive running. It’s a bittersweet moment for me leaving the beautiful sport that I know & love. A special thank you to @HOKAONEONE for their phenomenal support & believing in me. And to sponsors, partners & supporters: @quitnownm @austinmarathon @cocacola @timexsports @cercacor @statesmancap10k @csfmag @texastfxc @utaustintx @runningusapics #texasheartinstitute It’s been 21 awesome years! Sure it had its highs and lows but I loved every bit of it. We won a few, we lost a few but I can truly say that the best part of it were my family friends & fans that followed me through the years. Thank you for so many years of cheering me on through it all. You guys truly inspired me to always give it my best. I am happy to say I will be staying on board with HOKA ONE ONE as a Brand Ambassador, & I am now an official IAAF/USATF Agent & will continue mentoring & motivating the next generation of runners! I hope you guys continue with me as I move forward with this next chapter of my life. Where I will be here for all of you to encourage you to follow your dreams no matter what it is & #DreamBig & #NeverGive! Again, THANK YOU everyone for your continued support! _______________ Es con gran honor y gran agradecimiento que hoy anuncio mi retiro oficial del atletismo. Es un momento agridulce para mi dejar el deporte que tanto amo. Han sido 21 años maravillosos! Tuvo sus altas y bajas pero me encanto cada momento. Ganamos unas perdimos otras pero puedo decir que la mejor parte fue mi familia, amigos y fans que me siguieron incondicionalmente. Gracias por todos estos años de amor y apoyo! Ustedes fueron mi inspiración a siempre dar lo mejor! Estoy feliz en anunciar que seguiré con HOKAONEONE como embajador y obtuve mi licencia como Representante/Manager Oficial de la IAAF y USATF y seguiré guiando y apoyando la siguiente generación de atletas! Espero que sigan conmigo en esta nueva etapa de mi vida. En donde estaré para ustedes motivándolos a seguir sus sueños sin importar lo que sea #SueñenEnGrande y #NuncaSeRindan! Nuevamente Muchas Gracias Por Todo Su Apoyó Incondicional!

Manzano took time off from running last summer to compete in a “Ninja Warrior”-esque Telemundo reality show “Exatlon Estados Unidos,” but he still planned to race on the track again. Back in Austin, he was forced to cut a workout early due to pain in his calf, which a doctor diagnosed as a “calf heart attack,” which is more common in triathletes.

Manzano decided to retire in February due to the injury and a desire to spend more time with his six-year-old son, Max. His decision was made public for the first time this weekend in a Sports Illustrated article.

“I started coming to these realizations,” Manzano said to NBCSports’ Olympic Talk. “I’m 34 and, looking back, man it’s just been so good [running for two decades], but right now my body is definitely telling me something. I knew I could potentially compete to fight to get through it, but I’m really happy with where I am, and I want to focus a little bit more on what’s next.”

Manzano plans to continue working with his sponsor HOKA ONE ONE as an athlete ambassador. He is also exploring athlete representation, which he is certified to do through the IAAF and USATF.

Born in Guanajuato, Mexico, Manzano moved to Texas with his family when he was four years old and became a citizen in 2004. The quick-footed runner became iconic for his fast finishing speed, short stature (he’s just 5’5″) and Mexican heritage.

Manzano drew some flak in 2012, when he celebrated his historic Olympic medal — the first 1500m medal by an American since 1968 — by draping both an American and Mexican flag over his shoulders.

“I still have no regrets about it. That was just a very pure and honest moment that I cherish to this day,” Manzano said to Sports Illustrated. “You have to know where your roots are. My parents instilled this incredible work ethic in me and better opportunities came as a result. You can’t have those without being willing to work. I love the United States and I love my heritage as well.”